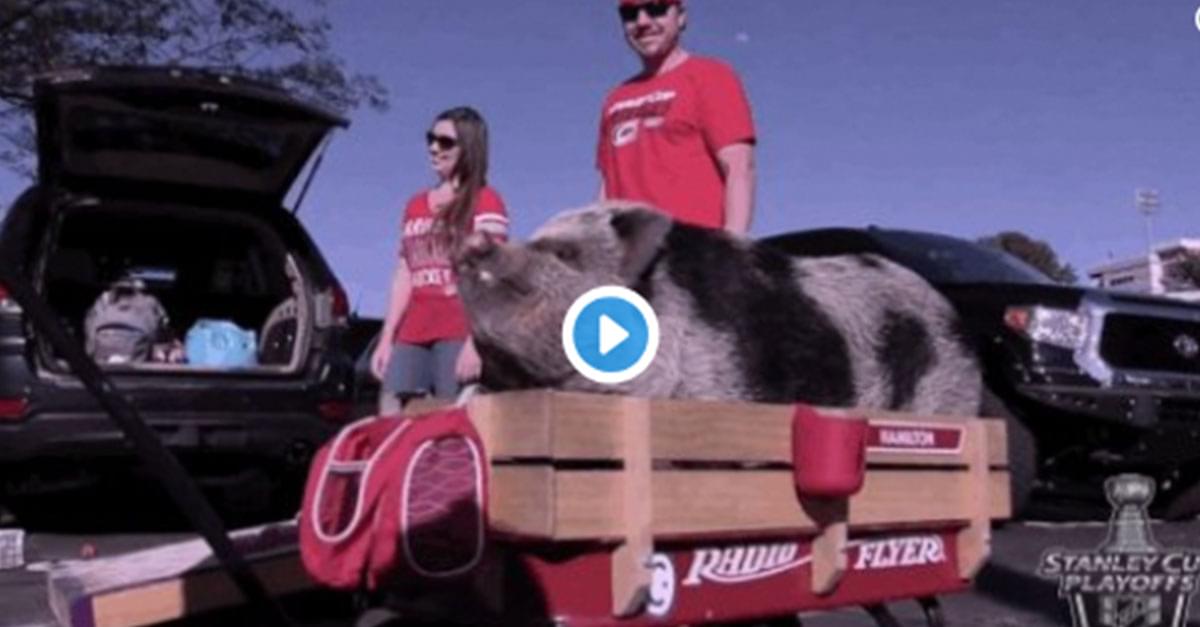 The Carolina Hurricanes are in the Stanley Cup Playoffs and fans will do anything to make sure they win, including bringing out a pig for good luck.

Meet Hamilton, a 90-pound adopted pig, who has somehow been a good luck charm for the team.

When it’s the first #StanleyCup Playoff game at home in a decade, you bring everyone out.

He is friends with the team’s mascot, Stormy, who is also a pig. Kyle Eckenrode, Hamiltons’ human, called them “distant cousins”. But, he has yet to meet the players.

Whatever Hamilton is doing is working though, so keep it up!