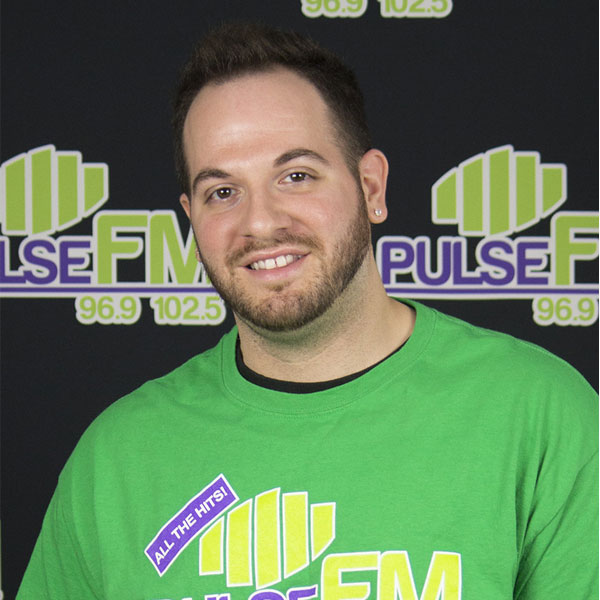 I love getting out and meeting listeners at Pulse events and concerts.

When I’m not on the radio, you can find me writing a song, attending a concert, DJing an event, eating some good food or spending time with my wife and crazy pets.

Frankie speaks with PNC Arena President Don Waddell about the increased security at The Chainsmokers concert on May 24, 2017 following the Maanchester Bombing.… END_OF_DOCUMENT_TOKEN_TO_BE_REPLACED

Comedian and Actor Harland Williams is known the world over for his hilarious movie roles and outlandish stand up and sketch comedy routines. From his unforgettable roles in films such as “Dumb and Dumber,” “Something about Mary,” “Half Baked,” “Rocketman,” and so many more. Add to this his incredible stand up comedy routines, which have…… END_OF_DOCUMENT_TOKEN_TO_BE_REPLACED

Listen as Macklemore talks about his new single “Glorious,” a new album, filming a music video with his 100 year old grandmother plus strippers, yeezy’s and more!  … END_OF_DOCUMENT_TOKEN_TO_BE_REPLACED