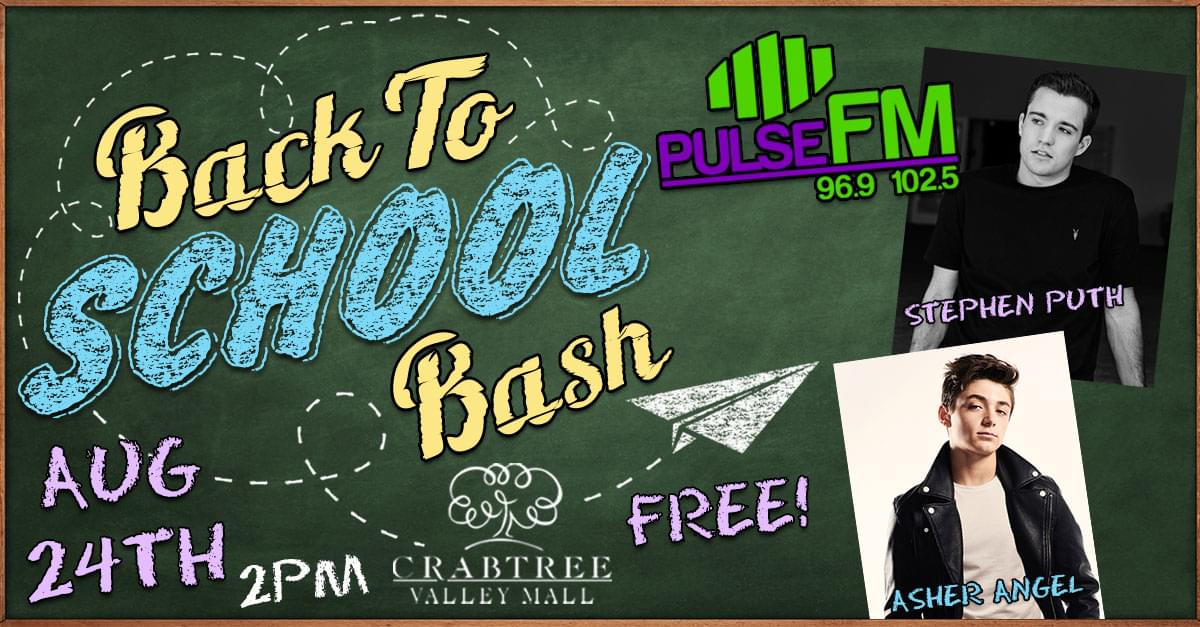 The Pulse FM Back to School Bash returns to Crabtree Valley Mall on Saturday, August 24th at 2pm!

This FREE event features performances from Stephen Puth and Asher Angel – you don’t want to miss it!

Stephen Puth knows that the most powerful, heartfelt songs in pop-music history are about love. A singer, songwriter, and musician, Puth also writes songs that traffick in affairs of the heart. But rather than complain about what goes wrong in relationships, the 24-year-old New Jersey native zeroes in on the small, random moments that can become saturated in one’s memory. “It’s boring to just sing about how you got hurt,” Puth declares. “I try to focus on the tiny, specific things I can’t forget, things I didn’t think anything of at the time, but that later become powerful, emotional memories.”

Puth developed his love for music growing up in Rumson, New Jersey. His mom was a piano teacher who taught Puth and his two siblings, you may a heard of his brother…CHARLIE PUTH?! Fed up with playing classical piano, Puth asked for guitar lessons in seventh grade. “My mom said, ‘There’s a guitar upstairs and a computer right there. You can learn.’

Though Puth originally set his sights on being a songwriter-for-hire (he has written for such artists as The Vamps, Pretty Much, Daniel Skye, Jack & Jack, and Stanaj), he eventually decided to focus on being an artist in his own right. “I want to create something that resonates with people,” he says. “Most people’s lives consist of waking up, commuting, being at work, commuting, going to the gym, eating dinner, and falling asleep. In between, there’s music. I hope my songs give people whatever they need to get through their day.”

Asher Angel is one teenager who knows exactly where he is going – in fact, the talented actor/ singer/musician has been on a trajectory straight to the top of the showbiz heap since he was six years old. Asher is one of the popular stars of the hit Disney Channel show “Andi Mack,” and he just stared as Billy Baston in “SHAZAM!”.