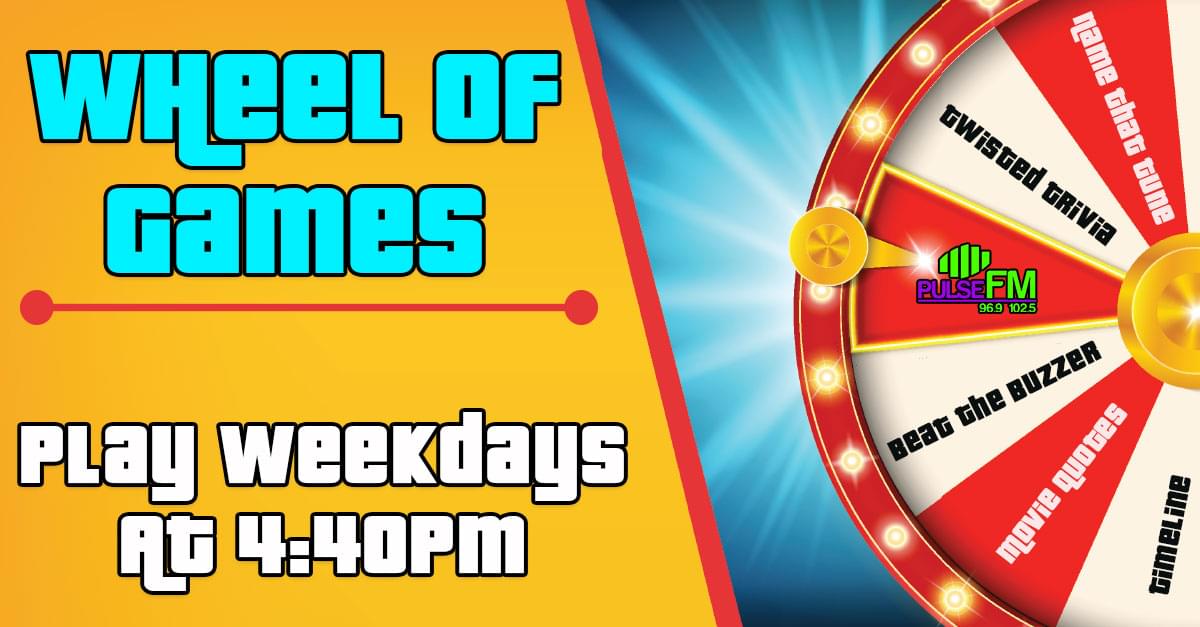 Step right up and try your luck at the Wheel of Games!

Listen each weekday at 4:40 pm for Jud to spin the Wheel of Games, when it stops, play the game for your chance to win the prize of the week.

Get to know the games so you’re ready to win:

Twisted Trivia: Jud will ask you a trivia question, the first caller with the correct answer wins!

Describe the Artist / Celebrity: Jud will give you 5 clues, using the clues tell us who the artist or celebrity is to win!

Example –
Appeared on Barney
Is an only child
Middle name, Marie
Name means “moon” in Greek
Back to You

Name that Tune: Jud will play a clip of a song – you need to name the tune… he may even twist up the song, speed it up or slow it down – so listen carefully!

Where are you going?: Jud will describe a city, you need to tell us where he’s headed.

Example: I’m going to see this woman in the big city, she wears a gown and holds a book and a torch and is on an island.

Movie Quotes: Jud will read a famous movie quote. The first caller to tell us the correct movie will win!

Timeline: Jud will read you 4 things that happened in a celebrity’s life, you need to put them in order. The first person to get them in the correct order wins!