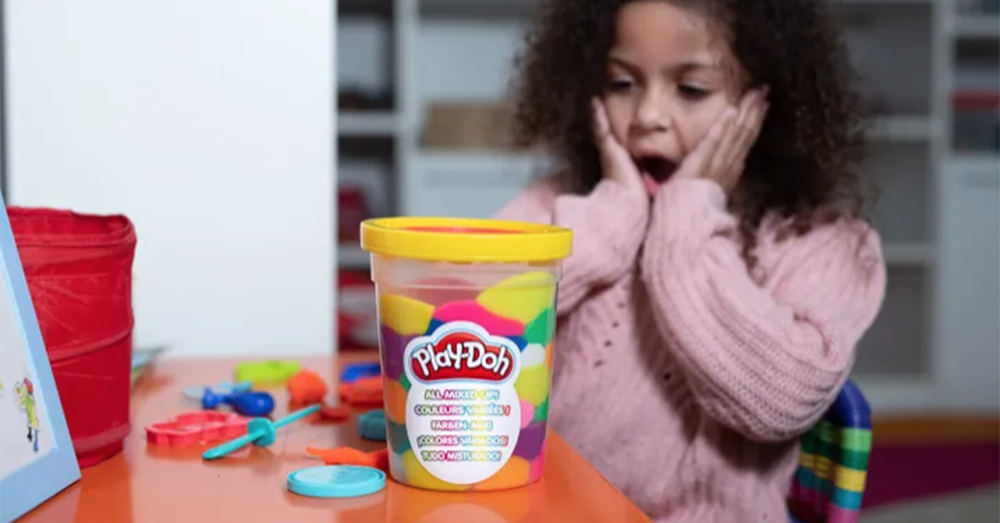 Some men just want to watch the world burn, and some kids just want to squash all their different Play-Doh colors together into a big blob. Well, for those kids, the dawn of a brave new era is here.

That’s right, Play-Doh’s new product is a king-sized can of the stuff with multiple colors mixed together before kids can even get their hands on it. Weighing nearly three pounds, the “All Mixed Up” can launched in limited quantities on Amazon on Monday, and will reportedly reach other major retailers soon.

“The All Mixed Up Can is a comical play on the nearly endless pop-culture-themed memes and relatable sentiment that has been expressed by Play-Doh parents over more than six decades,” Leena Vadaketh, vice president and general manager for Play-Doh at Hasbro, told HuffPost. “A recent study conducted by our team revealed that over half of parents surveyed feel a sense of irrational stress about Play-Doh colors being mixed,” she added, noting that the new product is “a plea to parents everywhere to relax their unspoken rules of Play-Doh and embrace those muddy grey messes.”