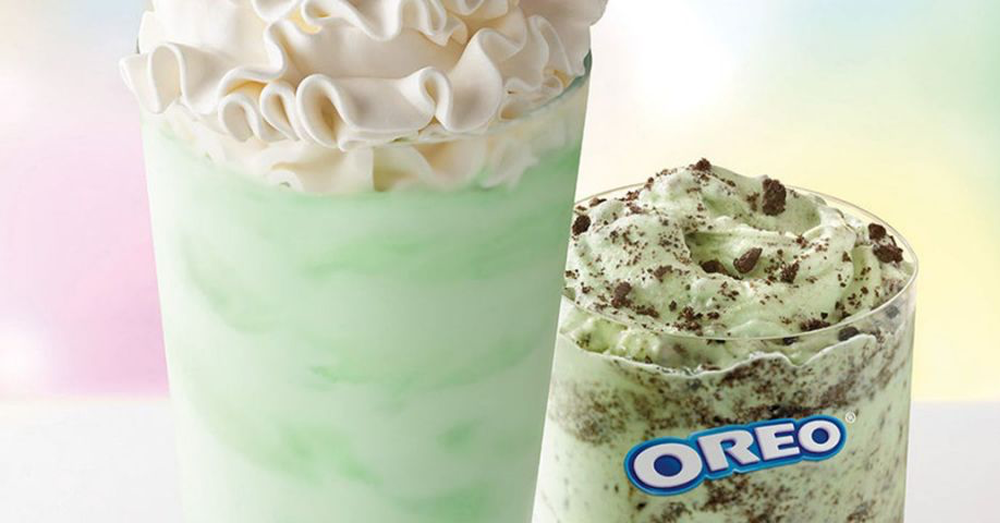 The Shamrock Shake has had its fame since 1970 and comes around every year by St. Patrick’s Day. Last year, its sister the Oreo Shamrock McFlurry debuted as well… the good news is they’re both back for 2021!

“It’s a wonder how such a simple dessert item can taste so good, but McDonald’s has managed to do it with a blend of vanilla soft-serve and Shamrock flavor (complete with whipped topping, of course). The minty shake brings that refreshing flavor without it seeming like you just brushed your teeth. It’s hard to believe that the Shamrock Shake was once a regional offering and only went nationwide for the first time in 2012.

The Oreo Shamrock McFlurry took some time for testing before it came front and center. In September 2019, the frozen treat popped up at limited McDonald’s locations and was simply called an Oreo Mint McFlurry. Little did customers know, however, that it was actually what is now known as the Oreo Shamrock McFlurry. The vanilla soft-serve is mixed with Shamrock flavor and Oreo cookie pieces. So if you enjoy Oreo’s mint cookies, you’ll totally get on board with this.”

Before you hit up the drive-thru just yet, know that both of these limited-edition items will be available beginning on Feb. 15. That means as soon as Valentine’s Day is over, it’s officially shamrock season! Learn more here.