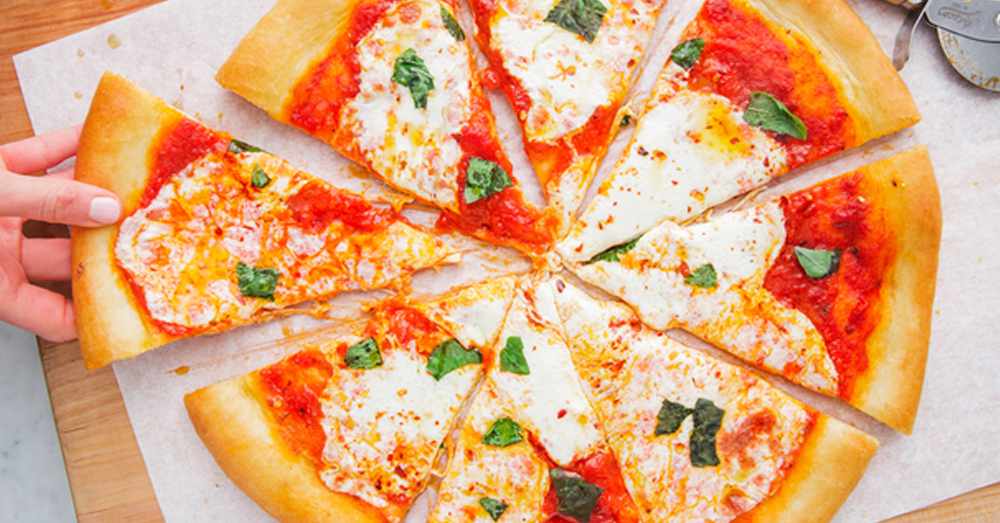 Here are the best deals you’re going to find during National Pizza Month:

Hungry Howie’s
The deal: Hungry Howie’s is running deals to support the National Breast Cancer Foundation’s COVID-19 Relief Fund this month. Because of that, you can snag a medium one-topping pizza for $1 with the purchase of a large one-topping pizza at regular price. Use the code “LHPBOGO.”
When: October 1-31

Pizza Hut
The deal: Get a large three-topping pizza for $9.99. Pizzas are available for contactless delivery or pickup.
When: Ongoing

Pizza Hut
The deal: Get two medium one-topping pizzas for $12.99 with the Hut’s new Double it Box.
When: Ongoing

Papa John’s
The deal: The Shaq-a-Roni pizza — the extra large pizza with extra pepperoni and extra cheese — is just $12. Yeah, it’s named after him. How many other Shaqs do you know?
When: Ongoing

Bertucci’s
The deal: You can grab a free Brick Oven Pizza with the purchase of another one. BOGO city.
When: Every Tuesday

BJ’s Restaurant & Brewhouse
The deal: Use the code “HALFOFF” on Tuesday through Sunday to get half-off the price of a large pizza when you order online. On Mondays you can get half off a Deep Dish or Tavern-Cut Pizza, but it’s the deal of the day and you don’t need to use a code.
When: Ongoing

Postmates
The deal: A partnership with Aperol is getting you $5 off a pizza order from any pizzeria available through Postmates. Just use the code “APEROL.”
When: October 8

Hungry Howie’s
The deal: Use the code “PICK2” to get your pick of any two items from a limited menu with each item costing just $5.99. The options include pizza, sticks, soda, and cookies.
When: Ongoing

California Pizza Kitchen
The deal: The new “Lunch Box” delivery deal — available through CPK.com, DoorDash, Uber Eats, and Postmates — gets you an adult entrée and kid entrée for $20 or less.
When: Through mid-October

Blaze Pizza
The deal: Order online to get two large two-topping pizzas for $22. That’s so many twos.
When: Ongoing

Blaze Pizza
The deal: Get free delivery through Postmates if you hit the order minimum of $15.
When: Ongoing

Little Caesars
The deal: Order a pizza and you can get a free two-liter of Pepsi with the code “FREE2L3C.”
When: Ongoing

Domino’s
The deal: A 10-piece order of the chain’s new Buffalo wings costs just $7.99. They’ve had wings for a while, but these ones are called “new-and-improved.” The latter half of that label is up to you, really.
When: Ongoing

BJ’s Restaurant & Brewhouse
The deal: Get a free appetizer with a $25 purchase. Use the code “FREEAPP” when ordering takeout or delivery.
When: Ongoing

Learn more about this blog here.