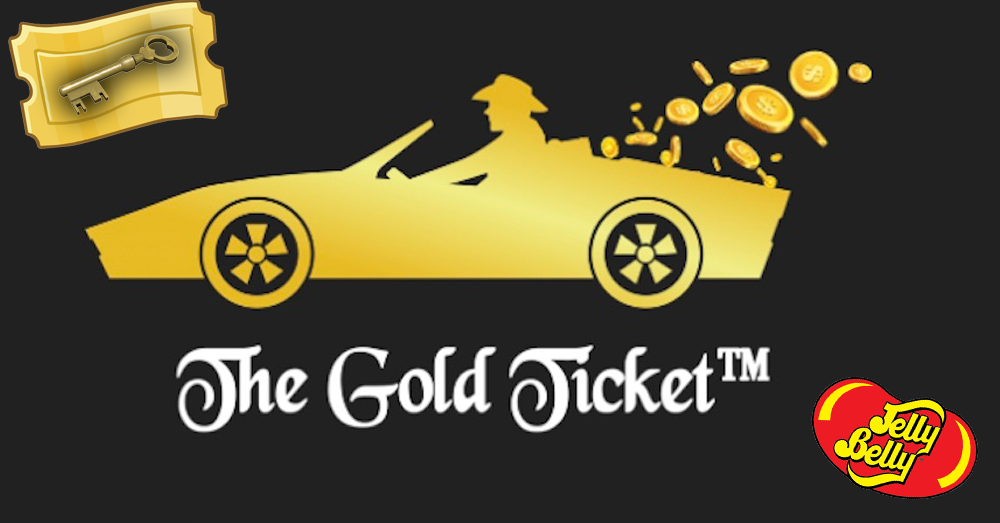 Just as if it were straight from Willy Wonka himself, you have the chance to win a golden ticket to own your very own Jelly Belly company!

David Klein, the owner of Jelly Belly, has announced a Golden Ticket contest where hidden golden “tickets” (in this case, a necklace) in every state. You enter by paying $49.98 to play in your state’s hunt, in which there are only 1,000 spots per state! (Don’t worry though, per the Golden Ticket contest everyone who enters automatically wins a free 40-piece Spectrum Confections CBD 10mg Jelly Bean pack which retails at $59.99).

Every person that registers with their designated state will be signed onto a private forum through Facebook. On the specific date and time their state’s golden ticket hunt begins, they will be sent a riddle and clue to solve. “The contestant who finds the necklace with the winning promo code on it will then be able to redeem it for $5,000.”

“But the real fun begins after every state has had a chance to search for their necklace. Each person who entered, not just the 50 winners, will be entered into The Ultimate Treasure Hunt. Klein will then hand the grand-prize winner the key to their very own Jelly Belly candy factory.”

Would you play to win?