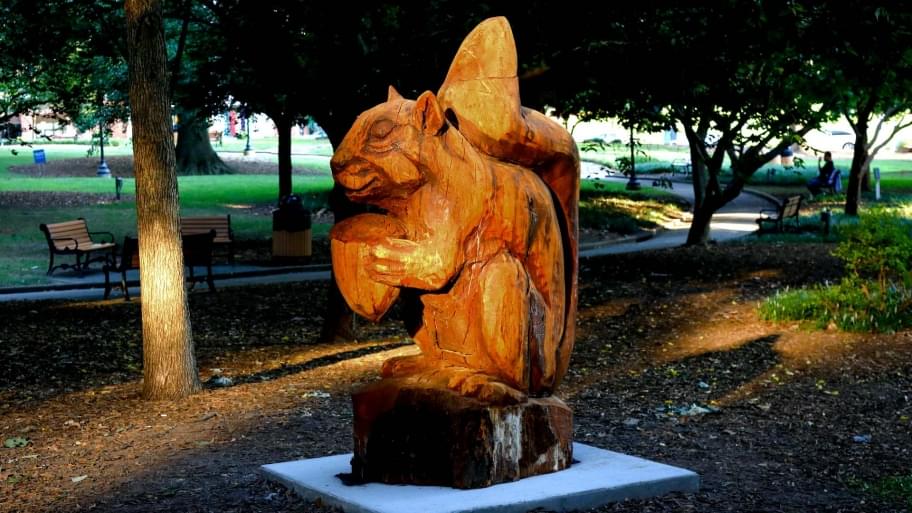 Nash Square in downtown Raleigh has a new permanent resident! The Office of Raleigh Arts and the Parks, Recreation and Cultural Resources Department is behind this public art instillation.

Artist Corey Lancaster was commissioned by the City of Raleigh to carve the newest Nash Square squirrel from a 90 foot willow large oak that was removed from the park in 2019. Often referred to as the Berkeley Oak, the 85 inch tree was thought to be about 120 years old, but age and disease were starting to cause the tree to lose limbs during storms. The tree was known as being the widest tree in downtown Raleigh and for how its roots came over the sidewalk on Martin Street, where it stood opposite The Berkeley Café.

Learn more about the project & how Berkeley was made here!