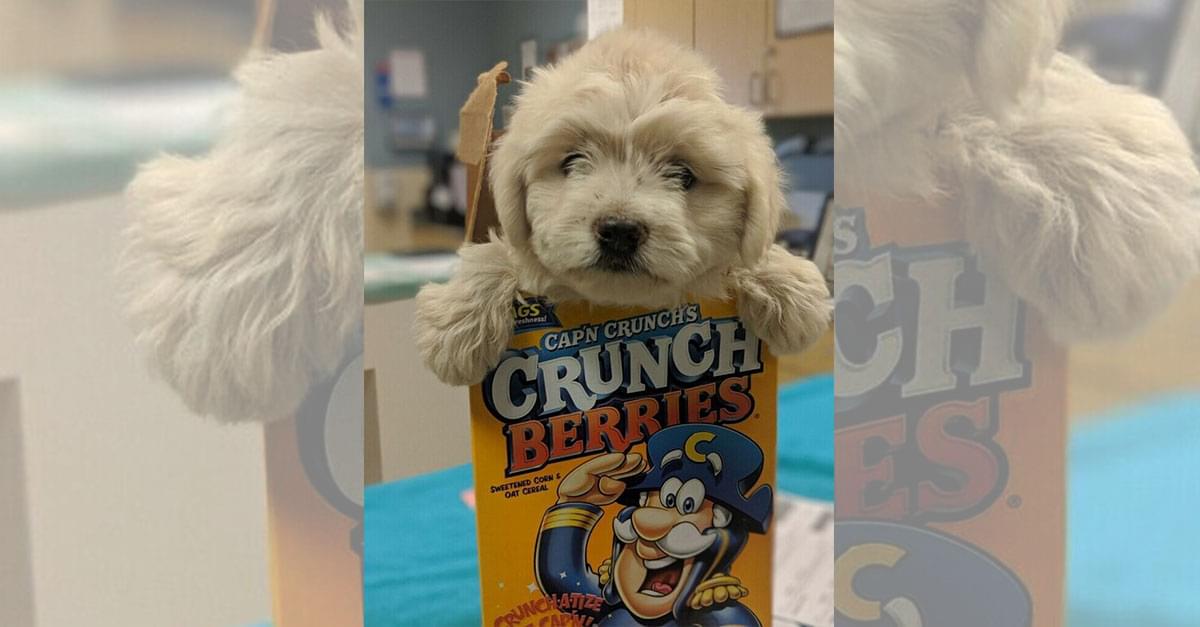 Look at that face!

A puppy was brought to an animal shelter in California in a cereal box!

We have seen some creative pet carriers in our days. This ⁦@RealCapnCrunch⁩ cereal box has to be one of the oddest ways a pet came to us as an over-the-counter dropoff. We handled all its fleas and now hope an owner arrives. #RivCoNOW pic.twitter.com/yr2CHczswB

The shelter named her Razz Berry, she was brought in by a woman who found her in a park. They believe she was put into a box because she was covered in fleas.

Luckily the shelter got rid of the pup’s flees, and even found her a new home!

⁦@RealCapnCrunch⁩ cereal box doggy, “Razz Berry,” settling in very well at the Sheets’ home in Riverside. We cannot help but get gooey over how cute and peaceful she looks. 🐶❤️🐶 pic.twitter.com/wjn54GaWE8