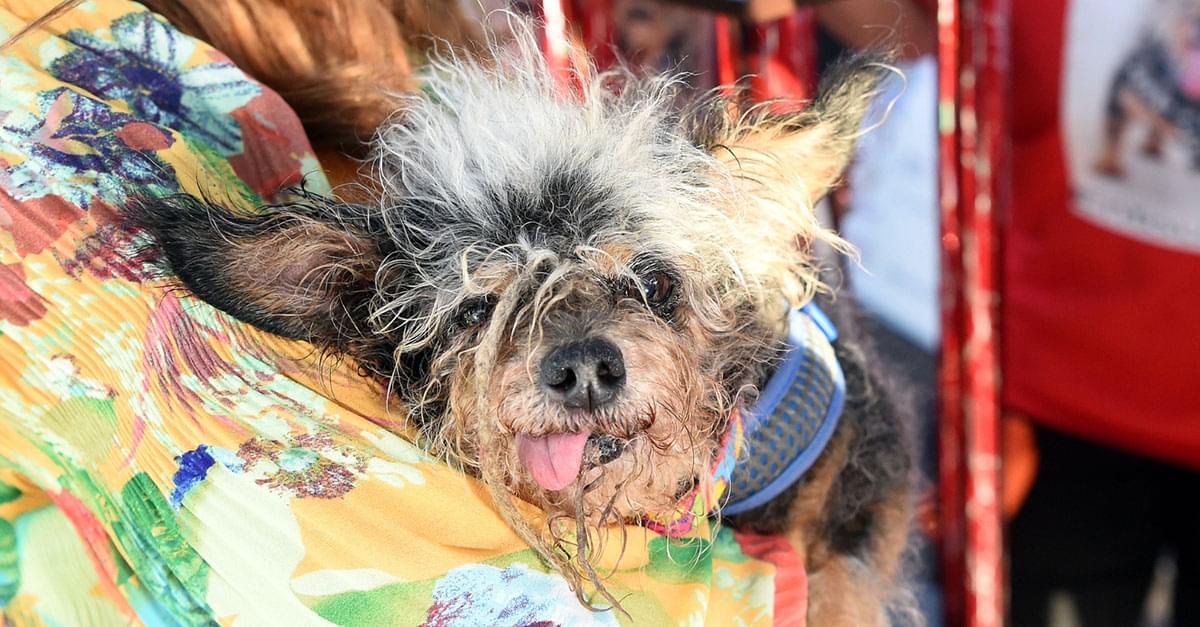 Owner Yvonne Morones won an appearance with Scamp on the ‘Today’ show, $1,500 in cash, another $1,500 to donate to an animal shelter – and a trophy the size of a Rottweiler.

‘He’s Scamp the Champ, no longer Scamp the Tramp,’ Morones told the Santa Rosa Press-Democrat after the victory. ‘I think the audience saw his beautiful spirit and everything he’s given back to the community.’

This competition not only celebrates the different but it’s also about bringing attention to the needs of rescue dogs. Most competitors were previously abandoned or rescued from kill shelters in the U.S., found abandoned on streets or seized from unscrupulous breeders.

‘What we’re really doing is we’re showcasing dogs that have been rescued and adopted and brought into loving homes,’ publicist Christy Gentry said.