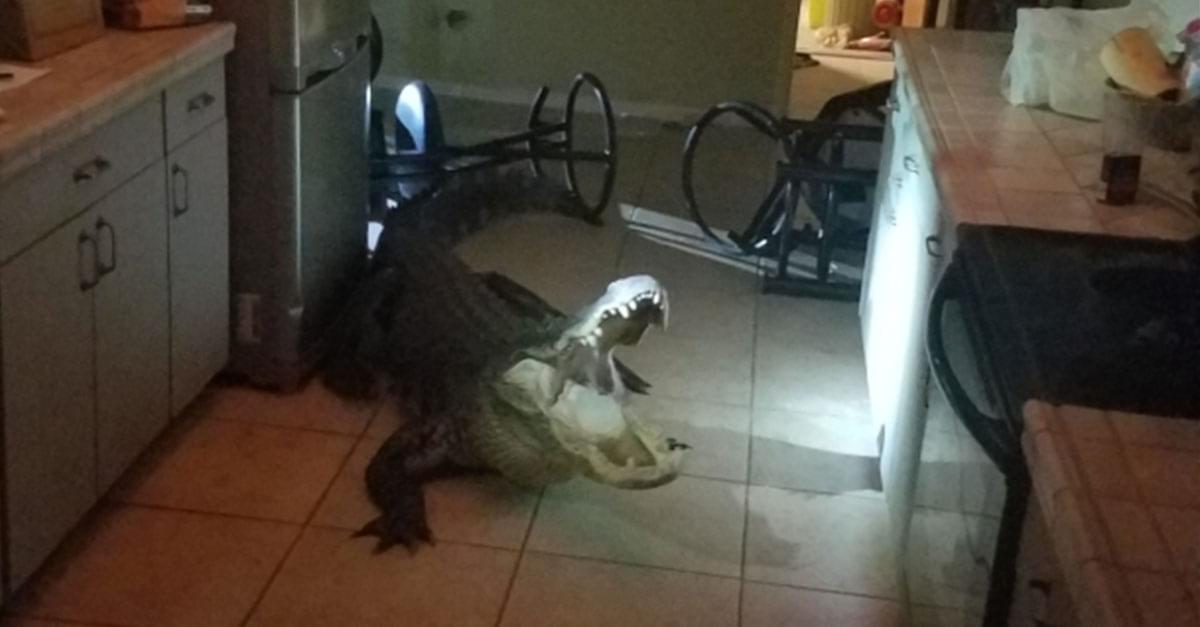 And he was not happy about leaving!

An 11 ft. alligator found its way into Mary Wischhusen’s home in Florida.

She was woken up at around 3:30 am by a loud crash, she then found the gator in her kitchen.

An unwanted overnight visitor was removed from a home on Eagles Landing in #Clearwater. The 11-foot-long gator broke into the home through some low windows in the kitchen. @myclearwaterPD and a trapper responded to the scene. The gator was captured and there were no injuries. pic.twitter.com/MKNH0UPQXp

“I had this beautiful face staring at me as though he belonged there,” she told Spectrum News.

The gator didn’t seem to happy about having to leave, knocking over several bottles of wine during his attempt to stay, as seen in the video (not blood).

We know you’ve been chomping at the bit for more visuals from today’s alligator trespassing in Clearwater🐊 The male alligator was 10 to 11 feet in length. During the apprehension, the alligator knocked over several bottles of wine. The red liquid in the video is wine, not blood. pic.twitter.com/x6ktib6ajl