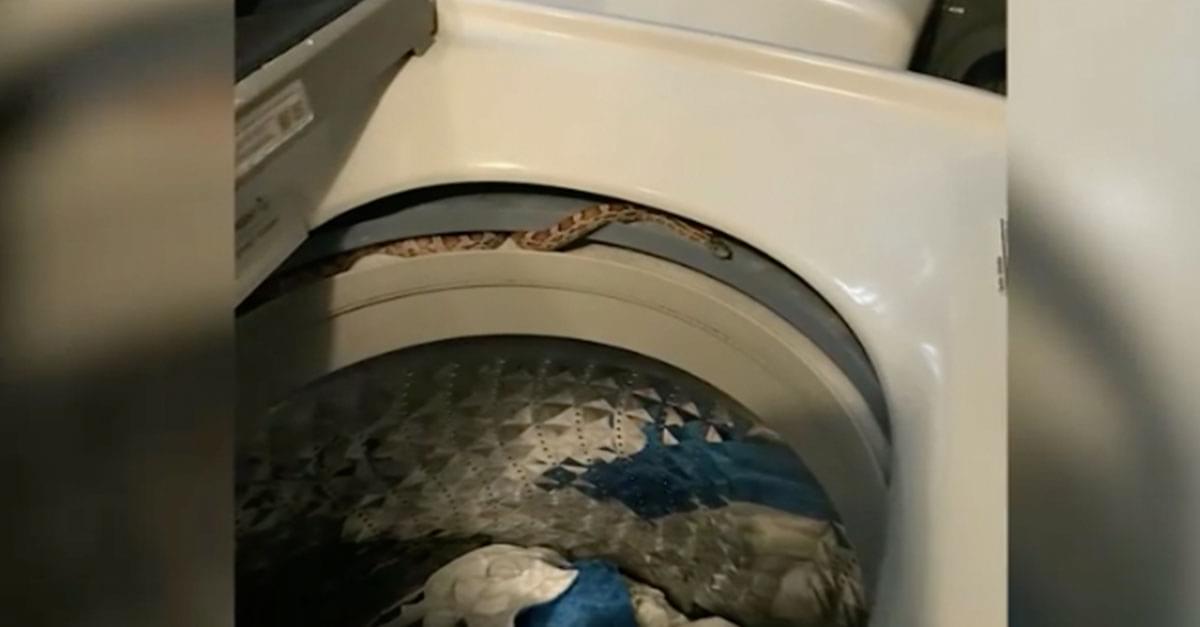 Sanela Kamencic from Illinois was unloading her washing machine when she discovered something startling, a snake!

“I was totally creeped out,” Kamencic said. “How did a snake get in the house let alone the washer?”

Animal Control Warden Jason Pound safely captured the snake saying, “I could smell it and could tell that it had actually been through a cycle,” Pound said. “Smelled like Downy.”

The snake was taken to the Chicago Exotics Animal Hospital, where she was checked out by veterinarians. The animal was actually a pet named Penelope that had escaped from her 12-year-old owner, who lived nearby. The pet and owner were reunited.