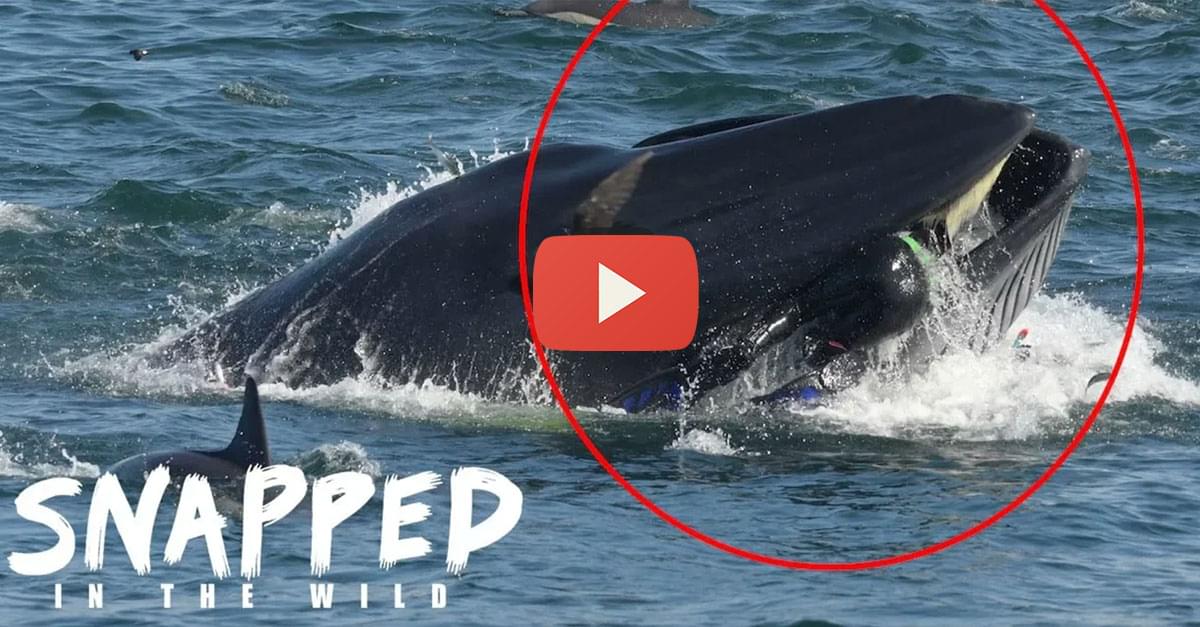 Rainer Schimpf was diving off the coast of Port Elizabeth, South Africa, when he got caught in a scary situation.

Rainer was in the path of a Bryde’s whale, which opened his jaws and engulfed him headfirst.

“So my next thought was that the whale may take me down into the ocean and release me further down, so I instantly held my breath,” he told Sky News. “Obviously he realized I was not what he wanted to eat so he spat me out again.”

The whales have a diet that consists mainly of krill, red crabs, shrimp and a “variety of schooling fishes,” and not humans!

Thankfully he’s safe and felt the experience was actually a connection with the whale.