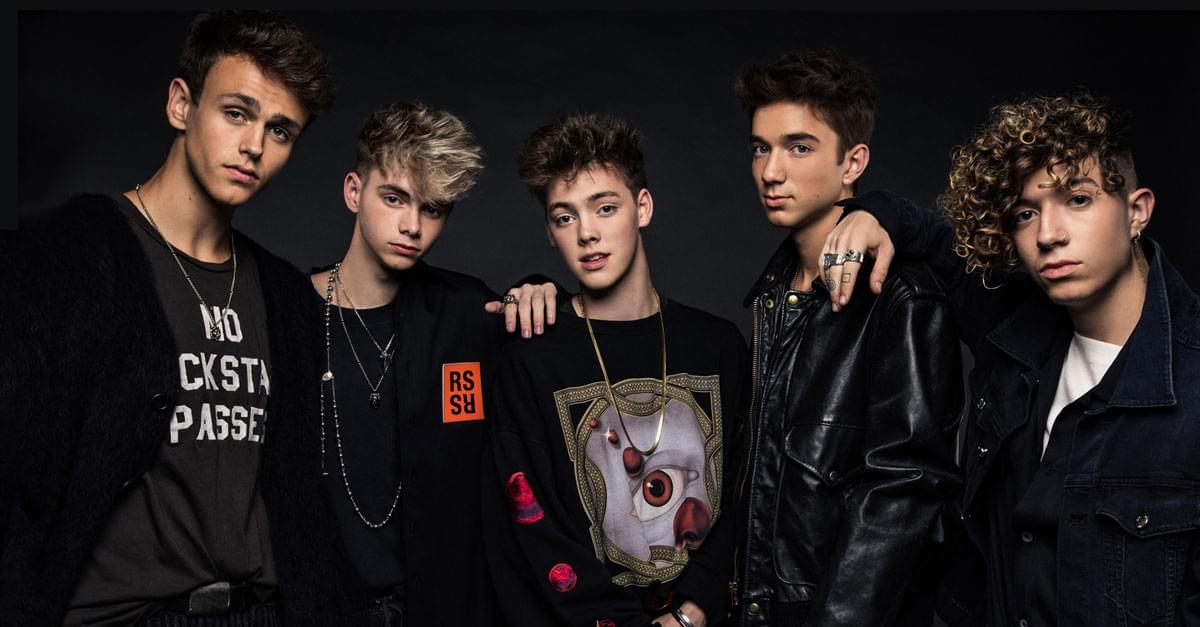 Atlantic recording artists Why Don’t We have unveiled details for the summer leg of their wildly popular 8 Letters Tour.  The newly announced shows kick off at the Orange County Fairgrounds in Costa Mesa, CA, on July 18 and continue through the end of August.  Tickets go on sale this Saturday, February 23, at 10am (Local Time).  The dates mark an extension of the breakout pop group’s biggest headline tour thus far, which begins on March 20 at Comerica Theatre in Phoenix, AZ, and already includes sell outs in Los Angeles, Boston, Chicago, and New York City, where they sold out the legendary Radio City Music Hall in just 2 hours.  For ticketing details, tour updates, and more, please visit www.whydontwemusic.com.

Why Don’t We will play Red Hat Amphitheater in Raleigh on Saturday, August 3. Tickets go on sale this Saturday, February 23 at livenation.com, CEI box office at Coastal Credit Union Music Park, Ticketmaster, and by phone 800-745-3000.

Why Don’t We’s current single “8 Letters” continues to climb at Top 40 radio, ascending into the Top 25 and boasting over 130 million global audio and video streams to date.  The group recently performed “8 Letters” and other hits on the outdoor stage at Jimmy Kimmel Live! in front of one of the loudest audiences the show has seen.  Marking the event, Rolling Stone noted “…the crowd’s screams and shrieks of glee nearly overpowered the musicians’ voices” while Billboard simply described the performance as “epic.”  The pandemonium mirrored the band’s outdoor concert in Rockefeller Plaza as part of TODAY’s Citi Concert Series, where they garnered one of the largest crowds of the summer.

Known for their prolific, creative output, Why Don’t We unveiled “Cold in LA,” their second brand new song and companion music video of 2019.  The track follows last month’s arrival of “Big Plans,” which instantly shot to #1 on the iTunes all genres chart, with the accompanying music video seeing nearly 5 million views on YouTube.

About Why Don’t We

Amassing more than 750 million global audio streams, 3.7 million Instagram followers, and total You Tube views exceeding 378 million with over 2.5 million subscribers in under 2 years, Why Don’t We has become one of pop music’s biggest breakout stories. Taking an innovative and unconventional approach towards releasing new music and actively engaging their rapidly growing fanbase, the prolific young group – the quintet ranges in age from 17-20 years old – put out four EPs in under 12 months.  The group closed 2017 on a high note, performing on the entire iHeartRadio Jingle Ball Tour, including the NYC stop at Madison Square Garden where they shared the stage with Taylor Swift, Ed Sheeran, Camilla Cabello and more.  Their debut full length album, 8 Letters, debuted in the top 10 on the Billboard 200 at #9 and immediately shot to #1 on US iTunes’ Overall Albums chart (along with topping charts in over 20 more territories around the globe). The band has sold out back-to-back North American headlining tours, including their biggest trek to date earlier this year that was highlighted by multiple nights in NYC, LA, Chicago, and Toronto.  High profile national television appearances include performances on NBC’s, ABC’s Good Morning America, nationally syndicated Live with Kelly and Ryan, CBS’s The Late Late Show with James Corden and more.  Press highlights include features in Rolling Stone, Entertainment Weekly, Billboard, and TIME among others.