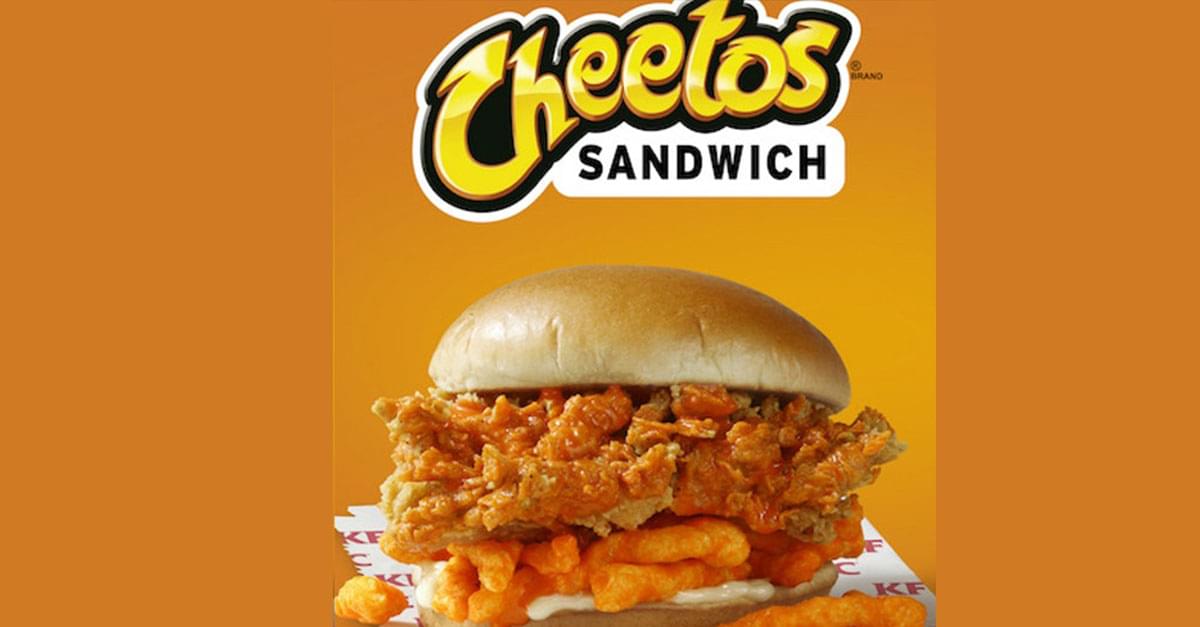 According to KFC, the Cheetos Chicken Sandwich is made by “coating a juicy, hand-breaded Extra Crispy chicken filet with special Cheetos sauce and placing it on a toasted bun with mayo and a layer of crunchy Cheetos.”