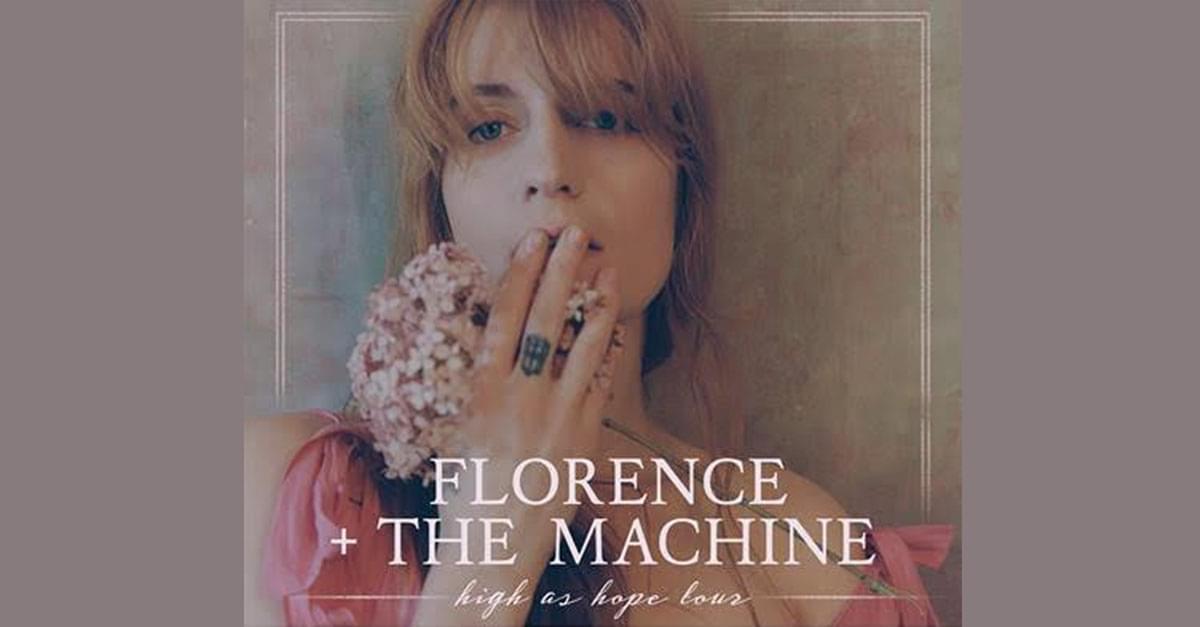 Citi is the official presale credit card for the tour. As such, Citi cardmembers will have access to purchase presale tickets beginning Tuesday, February 5 at 10 a.m. local time until Thursday, February 7 at 10:00 p.m. local time through Citi’s Private Pass program. For complete presale details visit www.citiprivatepass.com.

Tickets will go on sale to the general public beginning Friday, February 8 at 11 a.m. local time at LiveNation.com. Visit florenceandthemachine.net for more information.

The band recently shared “Moderation” and “Haunted House,” the first new music since their massively acclaimed 2018 album High as Hope. The songs are receiving immediate acclaim with Rolling Stone praising Welch’s “unmistakable powerhouse vocals” on “Moderation” while Stereogum describes the song as “a huge cinematic stomper.” In contrast, The FADER calls the more delicate “Haunted House” “classic Florence theatricality” and Billboard notes that it “reveals Welch’s somber side.”

High as Hope was nominated for the Mercury Prize and named one of the best of the year by Rolling Stone, Refinery 29, Billboard, the New York Post, Uproxx and many more.

Critical praise for High as Hope:

“This time around, her voice is stronger than ever.”—The New York Times

“High As Hope preserves Florence’s big, torrential melodrama, but it feels less like a storm than the soft light breaking in afterward amid the sober awe of a new day…Her solitude proffers a source of power, a confidence in her ability to express herself on her own.”—NPR

“The ethereal Florence Welch is still spine-chilling in an eccentric new bundle of distinctly anthemic tracks that will have you, too, cooing haikus up to the sky.”—Entertainment Weekly

“The most rewarding Florence and the Machine full-length yet…Florence Welch possesses a supernatural voice—the kind that can summon long-buried ghosts, and then obliterate them fully with a gale-force roar.”—SPIN

“Intent upon inspiring listeners to dare to dream and to fight through the crushing gravity of the times, to love and cherish each other.”—New York Magazine’s Vulture