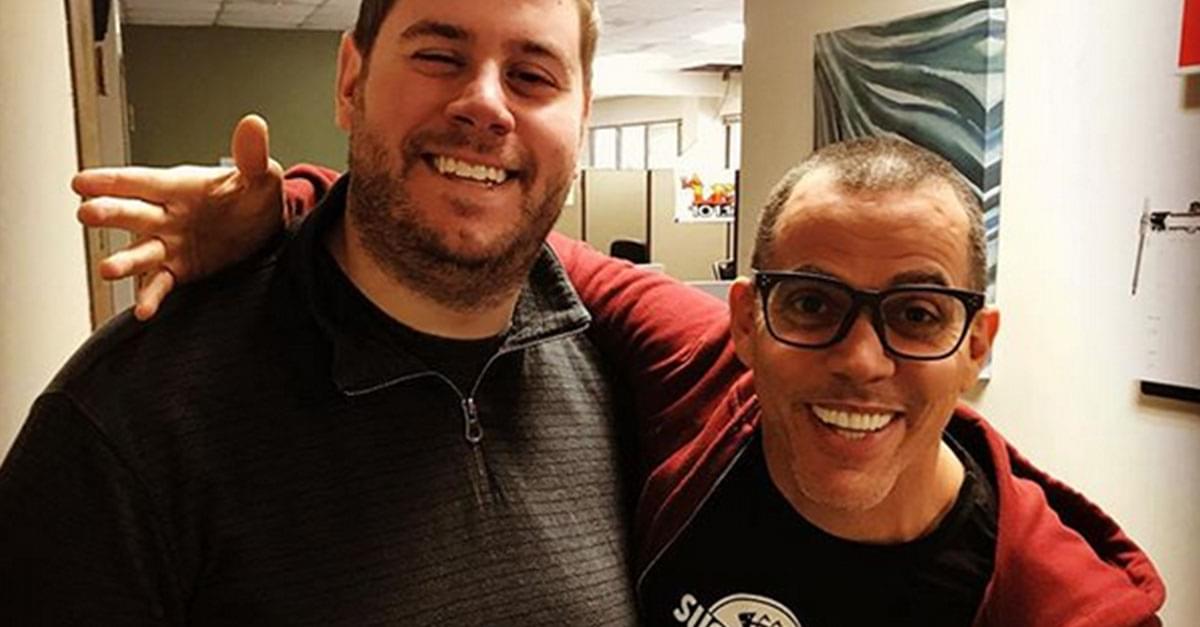 Steve-O dropped by the studio to chat with Jud ahead of his comedy shows at Goodnights Comedy Club this Friday & Saturday! Hear about his VERY CUTE dog Wendy, his comedy show & what’s on the horizon for 2019!

Steve-O is crossing something off his bucket list. He explains how “The Bucket List Tour” came to be, “Really, if I’m honest, it’s about all that’s left for me to do. It’s these stunt ideas, that were just far too absurd to ever even think about going through with, and then I just said ‘Screw it, let’s do it.’ The show is a journey through my bucket list, it’s all the stuff that so just outrageous, that there are legal waivers posted around the club.”

He also talks about what else he’s up to, ‘I have a couple projects, one of which is to make this bucket list material into a series. I’m really kind’ve trying to decide how I want to do that and what that looks like. I’m also selling another project that I finished on my own.”

Looking back on his career, Steve-O reflects on his famous pranks and stunts, and how they contributed to social media today. He says, “I think we had a certain amount of influence, and I’m proud of that, I’m grateful for that. I don’t know what it would be like if I had been born, say 20 years later, and I was coming up in the youtube generation. I really don’t know what it would look like. I think I was fortunate to emerge when I did.”