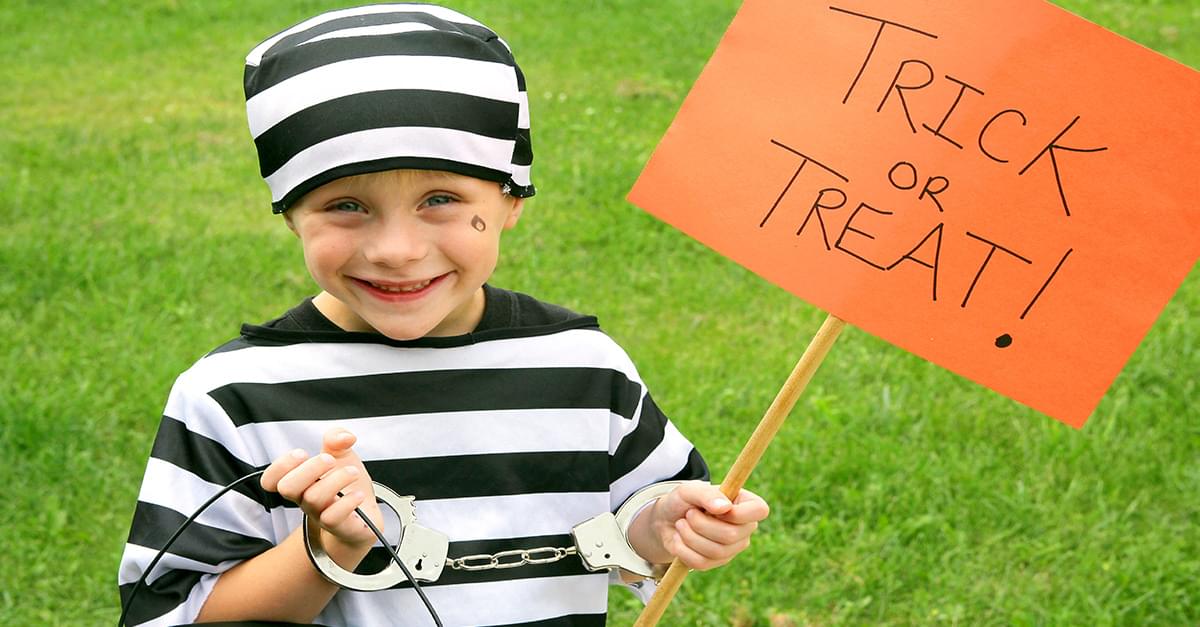 It’s not a trick, Chesapeake, VA is threatening teenage Trick-Or-Treaters with jail time.

It’s hard to accept that you’ve grown out of trick-or-treating (who doesn’t want loads of free candy?!) but there comes a time when you need to let it go and be the one handing out candy to the kids.

In Chesapeake, VA that time is age 12 and jail time is the consequence for being caught.

Is 12 too young to stop trick or treating? Should the government even be involved?

Apparently, the rule has been in place for years. Any adult who catches kids over 12 trick-or-treating can call the police. The trick-or-treater in question could face a $25 – $100 citation or a misdemeanor punishable by up to six months in jail.

“If any person over the age of 12 years shall engage in the activity commonly known as ‘trick or treat’ or any other activity of similar character or nature under any name whatsoever, he or she shall be guilty of a misdemeanor and shall be punished by a fine of not less than $25.00 nor more than $100.00 or by confinement in jail for not more than six months or both,” the ordinance reads.

Adding insult to injury, the town has a Halloween curfew of 8pm. Violators face the same punishment.