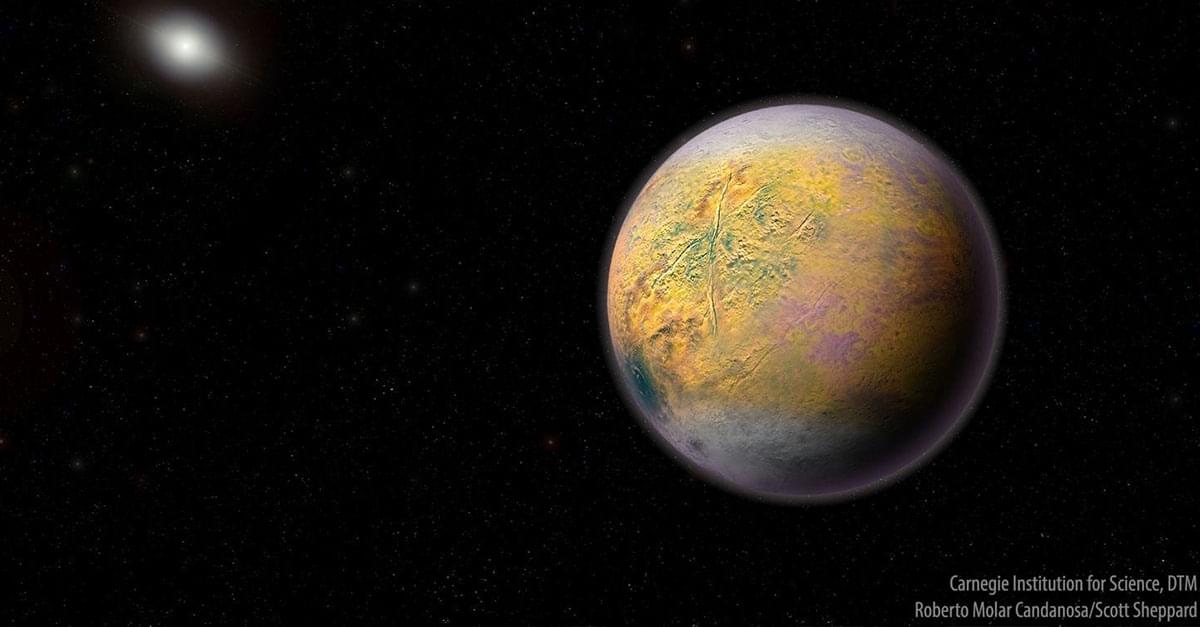 Scott Sheppard, an astronomer at the Carnegie Institution for Science in Washington who discovered the object along with colleagues at Northern Arizona University, University of Hawaii and the University of Oklahoma says The Goblin is “about 300 kilometers in diameter, on the small end of a dwarf planet,” Dwarf planet Pluto is six times as wide.

Luck was on the astronomers side when they spotted Goblin. As it travels along 99 percent of its orbit, 2015 TG387 is too far and too faint to be detected. Sheppard said he predicts thousands of objects the same size as 2015 TG387 dot the rim of our solar system. But they are likewise too distant to be seen the vast majority of the time.