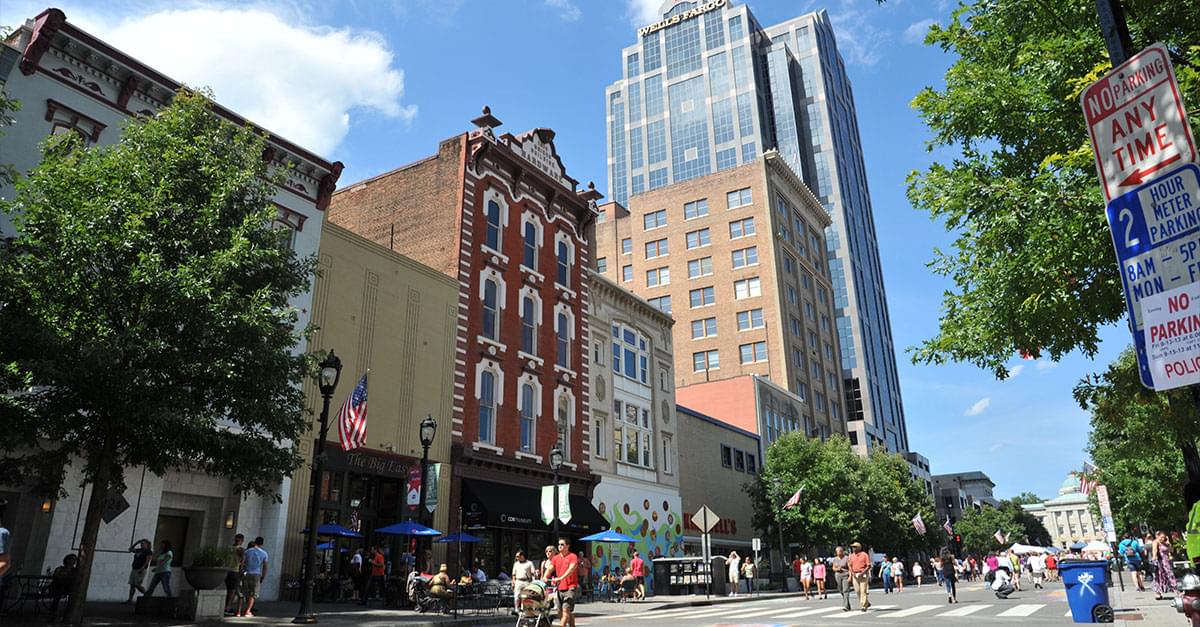 Look at our Raleigh go!

The American Planning Association (APA) has named Fayetteville Street in Raleigh, North Carolina, as one of five Great Streets on APA’s annual Great Places in America list, which starts the countdown to National Community Planning Month in October.

APA’s Great Places in America program recognizes the streets, neighborhoods, and public spaces in the United States demonstrating exceptional character, quality, and planning—attributes that enrich communities, facilitate economic growth, and inspire others around the country. The Great Neighborhoods, Great Streets, and Great Public Spaces of 2018 are places that are unique and exemplary in their amenities and infrastructure, cultural identity, and use of sustainable and innovative practices.

“This year’s designees demonstrate the importance of planning in creating places that enhance everyone’s quality of life,” said Cynthia Bowen, FAICP, president of APA. “Because of Raleigh’s community-wide engagement and efforts, Fayetteville Street is a national example of how a community can work together to create access and opportunity for all.”

At less than a half-mile long, Fayetteville Street is the central historical and cultural heart of downtown Raleigh and North Carolina’s main street. Dating back to the city’s first plan in 1792 named the William Christmas Plan, Fayetteville Street has served a crucial role in the city’s growth and economic prosperity. The street experienced significant changes in recent years, including the conversion from a closed-off and neglected street to a corridor updated with notable streetscape elements including wide sidewalks, ample seating, shady trees, a variety of shops and restaurants, and an open central plaza for events.

In addition to Fayetteville Street, APA recognizes the following Great Streets in 2018:

“A great street like this does not happen overnight. In our case, the groundwork was laid in 2003 by the Livable Streets Plan, which itself was the result of visionary leadership from citizens, business, and government leaders. The street you see today is a true public-private partnership, where the city’s investment in the infrastructure and public realm was returned many times over by the investments of the private sector, and the coming together of all parts of our community,” said Nancy McFarlane, mayor of Raleigh.