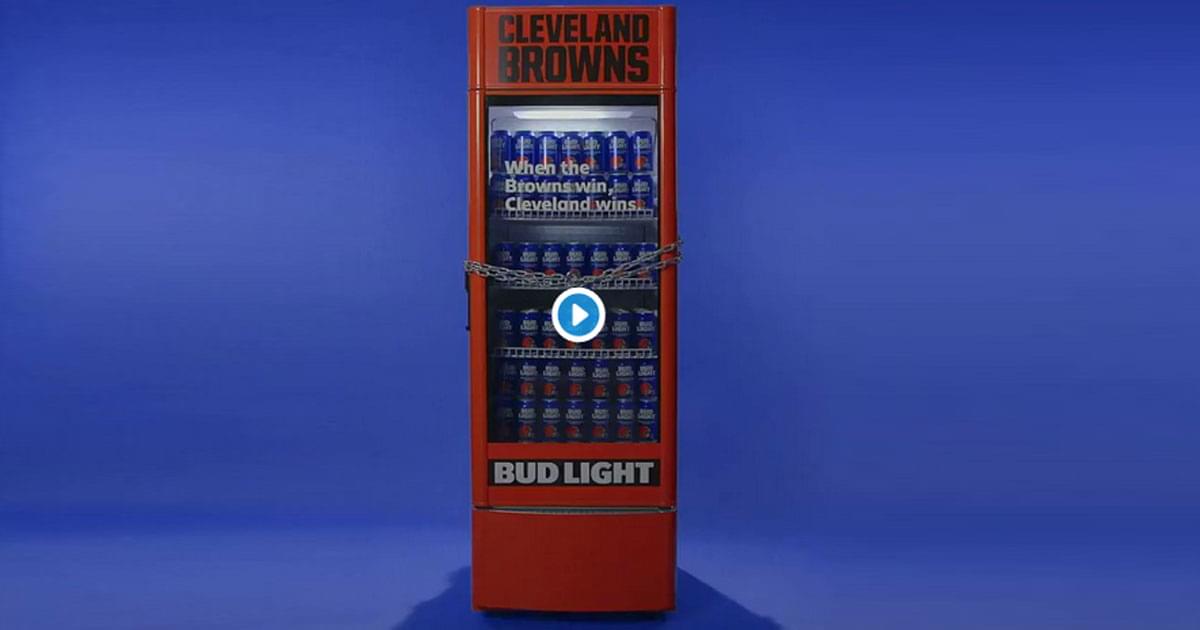 They did it! The Cleveland Browns got a win for the first time since 2015!

When the clock hit zero on the clock the Cleveland Browns won their first game 635 days – at that same time nearly 100 Bud Light “Victory Fridges” opened across Cleveland.

“The way this works is this fridge will remain locked until the clock runs down to the first win of the regular season, and when that happens, the chains will all unlock simultaneously throughout the city, and the fridges will open up for celebratory beers,” says Ben Martinez, director of sports marketing for Bud Light.

Cleveland, the @Browns won. The fridges are open. Go celebrate with a Bud Light. You’ve earned it. pic.twitter.com/RvjJ0WvpyO