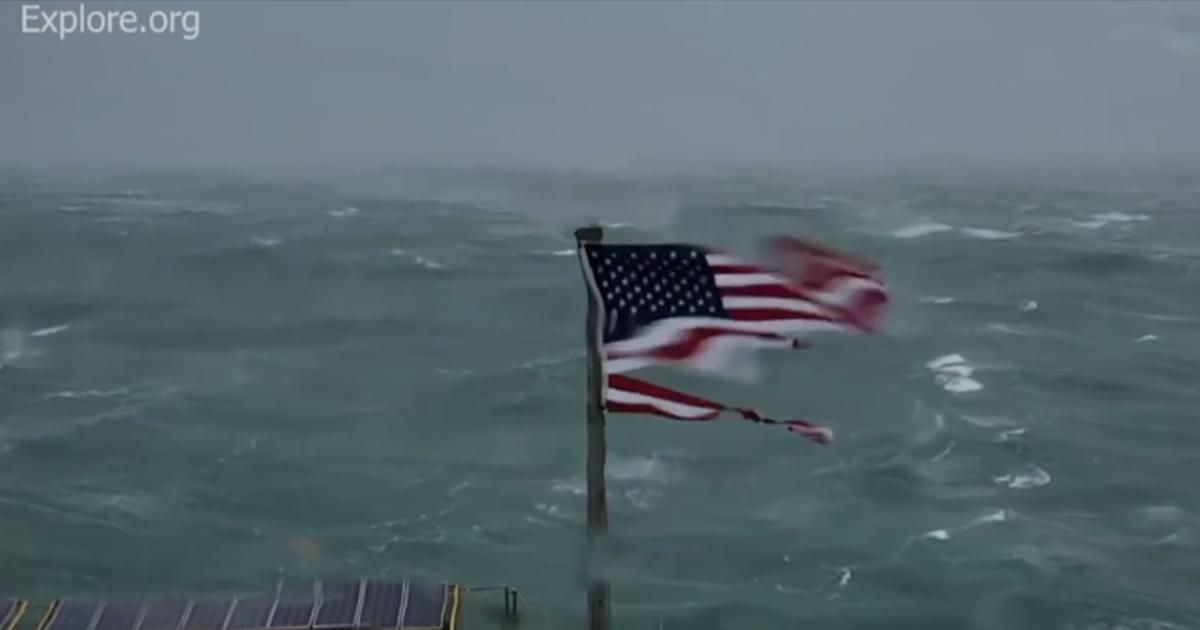 A group of people who were watching named the flag ‘Kevin.’ They wanted to know how ‘Kevin’ was doing – if ‘Kevin’ would make it through the storm. (Kevin is even on Twitter – follow here)

Even though it’s against flag protocol, Neal moved the camera back to ‘Kevin.’

Neal told McClatchy, “It was then that I realized that you can’t make everyone happy, so I moved the feed back to showing the flag again. Because even if it was against flag protocol, that flag represents who we are as America. We get beat up, battered during hard times, but we stay up, stay at it through the storm.”