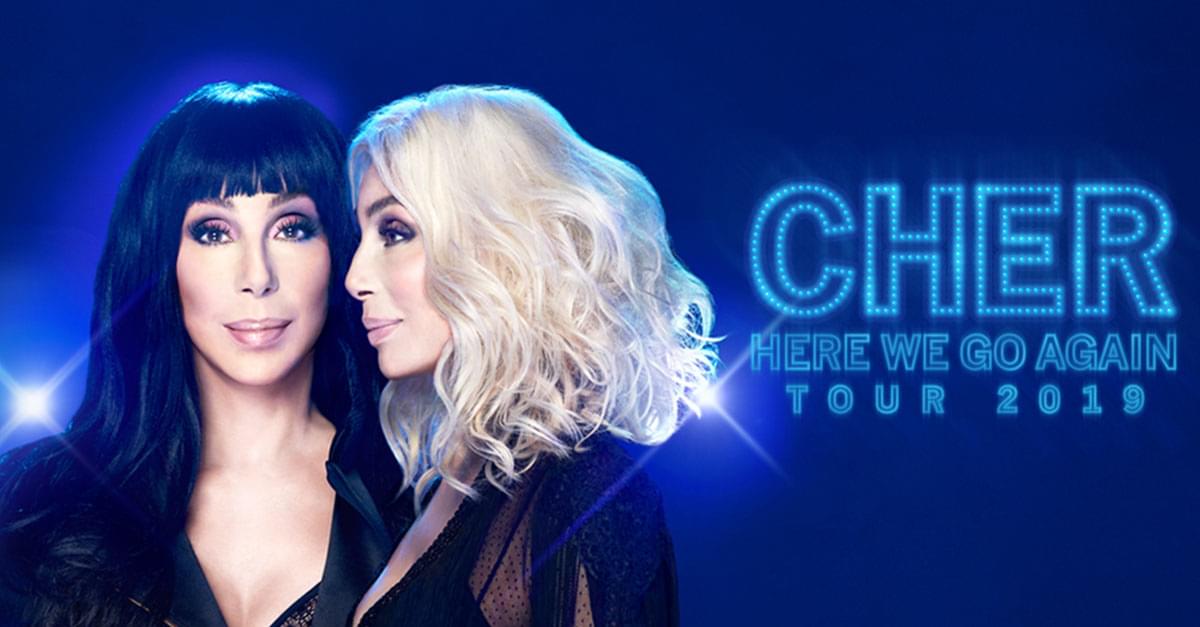 The queen is back!

The one and only Cher is set to hit the road with the HERE WE GO AGAIN Tour beginning January 17, 2019 in Ft. Myers, FL and will play PNC Arena Raleigh on January 27.

The upcoming tour was officially announced during Cher’s appearance on Ellen.

Following the recent global success and rave reviews for Cher’s role in the Mamma Mia 2 – Here We Go Again film, the multi-award winning singer, actress and show-stopping performer will be crossing the U.S. for the first time in five years. Cher is expected to perform many of her hits along with some new songs from the Dancing Queen album – Cher’s tribute to the music of ABBA – out September 28th. Dancing Queen is currently available for pre-order.

The Oscar, Emmy, Cannes Film Festival and Grammy Award winning icon is scheduled to be honored at the Kennedy Center later this year. She is also co-producer of The Cher Show, the upcoming Broadway musical opening December 3rd and is currently touring Australia and New Zealand. Cher is currently doing a series of residencies in Las Vegas.