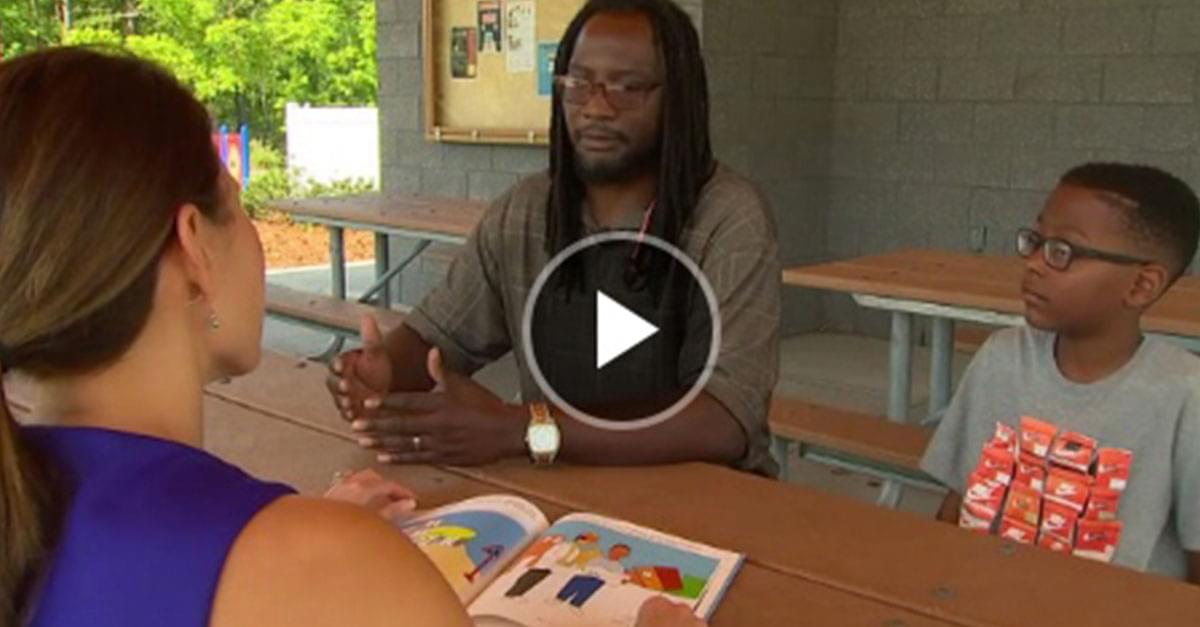 Eight-year-old Christian Day Hutchins, a rising 4th grader at Cary Elementary, spent his summer doing something most kids his age never do. He published a book called The Giant.

“During class, I got a little bored,” said Christian, as he explained how he started to write the story. “Also, I did it to inspire other people to write a book and to have teamwork together. The story is about a Giant who comes to town and ruins everything. The town must come together to rebuild.”

Christian’s dad discovered the story while going through his bookbag. “A lot of kids his age aren’t writing books and I liked the story,” Darryl Hutchins explained. “It had conflict and resolution and I was like that’s neat for an 8-year-old concept. When I saw this it was something I wanted to encourage him to continue doing.” Read more via abc11.com.