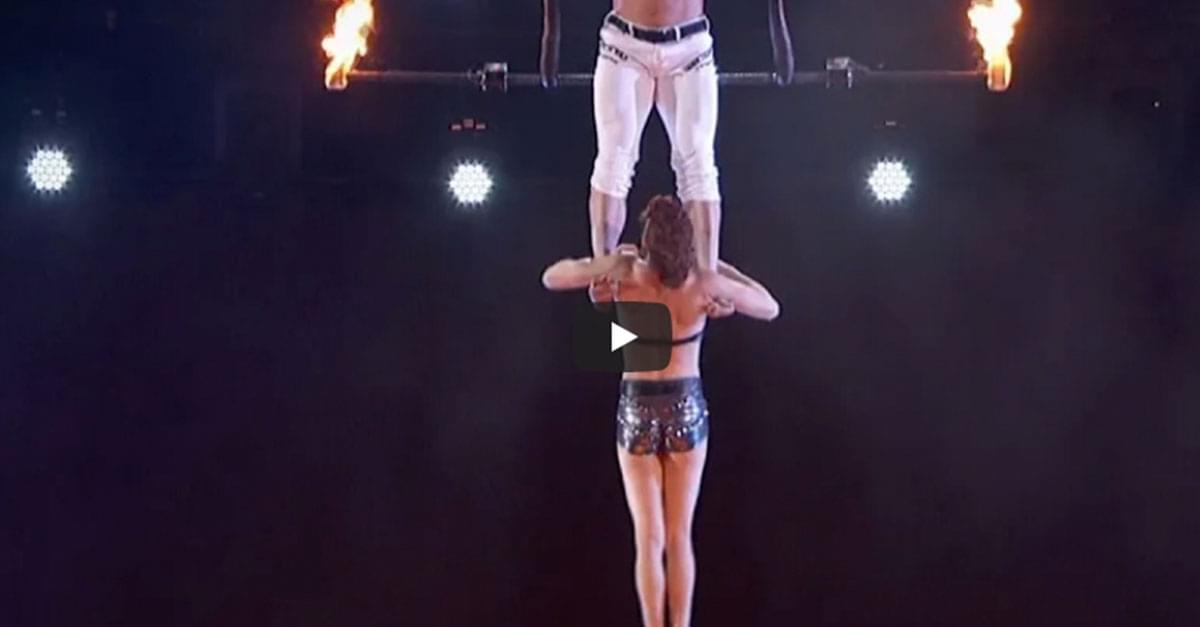 On Tuesday’s AGT, during the first night of the season’s Judge Cuts round, acrobatic couple Mary and Tyce of Duo Transcend came out determined to wow the judges once again after their astounding performance in the audition round.

Tyce, who is nearly blind due to a progressive eye disease, and Mary have been married for six years, and share a 2-year-old son who was actually in the audience, with his grandma, to cheer them on.

After completing a great deal of their gravity-defying trapeze act — made all the more dangerous by Tyce’s eye condition and the inherent danger of two people climbing all over each other while hanging from a bar — gravity refused to be defied any longer, and after a slip-up, Mary plummeted to the floor.

“We would like to try the trick one more time,” Mary asked. Read more via aol.com.