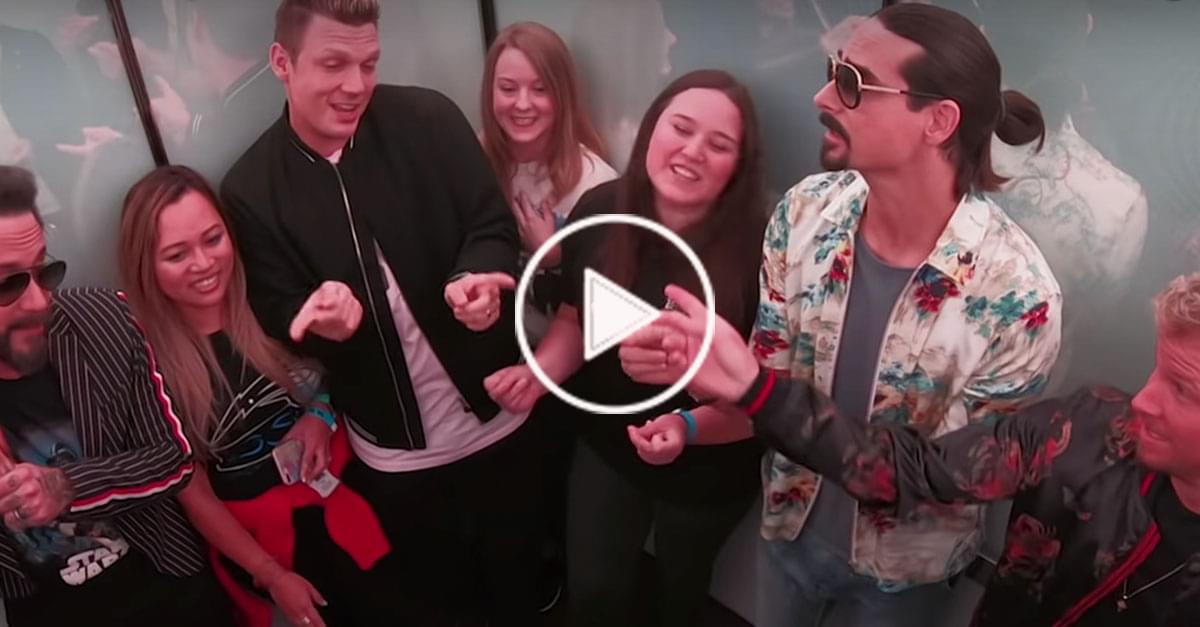 The Backstreet Boys gave unknowing fans the ride of their lives during a recent visit to the TRL studios, surprising MTV employees for a segment dubbed “TRelevator.”

Brian Littrell started off the prank, riding the elevator solo when three women enter wearing Backstreet Boys shirts — and immediately recognize the boy band member. They exchange a few words, but the ladies really start to lose it when Howie Dorough and Kevin Richardson get on a few floors later.

Not long after, A.J. McLean and Nick Carter catch a ride, completing the fivesome — and cluing the girls in that they’re part of a staged gag.

Another woman enters the elevator shortly after, immediately exclaiming, “Oh my God! What is happening?”

After some encouragement from their fan, the entire group belted out their classic “I Want It That Way.” Read more via people.com.