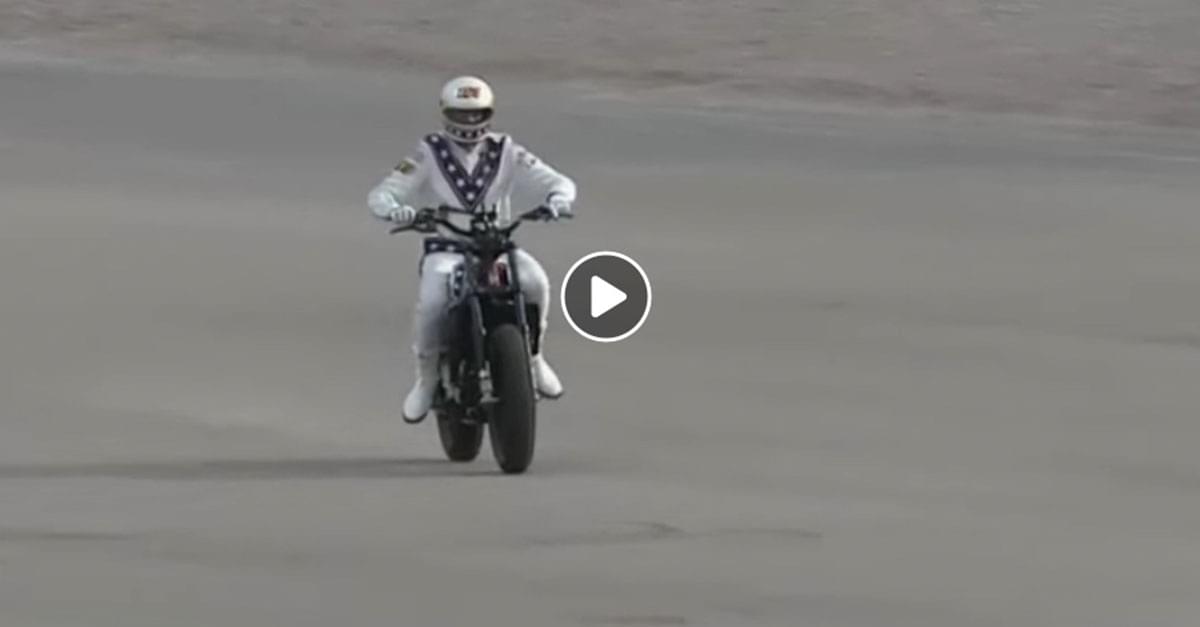 HE DID IT!!! INCREDIBLE!

In what was billed as a tribute to Evel Knievel, daredevil Travis Pastrana attempted three of Knievel’s motorcycle jumps on Sunday in Las Vegas ― and in the process, he bested the famed stunt performer three times.

Pastrana, 34, an 11-time X Games champion, wore a red, white and blue jumpsuit similar to what Knievel wore in his heyday and rode an Indian Scout FTR750 V-twin motorcycle that was described as being similar to Knievel’s Harley flat-track motorcycles.

In the first jump, Pastrana traveled 143 feet as he leaped over 52 crushed cars that were stacked three high. In 1973, Knievel traveled 120 feet when he jumped over 50 crushed cars at the Los Angeles Memorial Coliseum.

Pastrana’s third jump was a recreation of Knievel’s attempt to clear the fountain at Caesars Palace. Knievel wiped out on the landing and was hospitalized with multiple broken bones, but Pastrana soared over the fountain and landed well down the landing ramp. Read more via huffingtonpost.com.