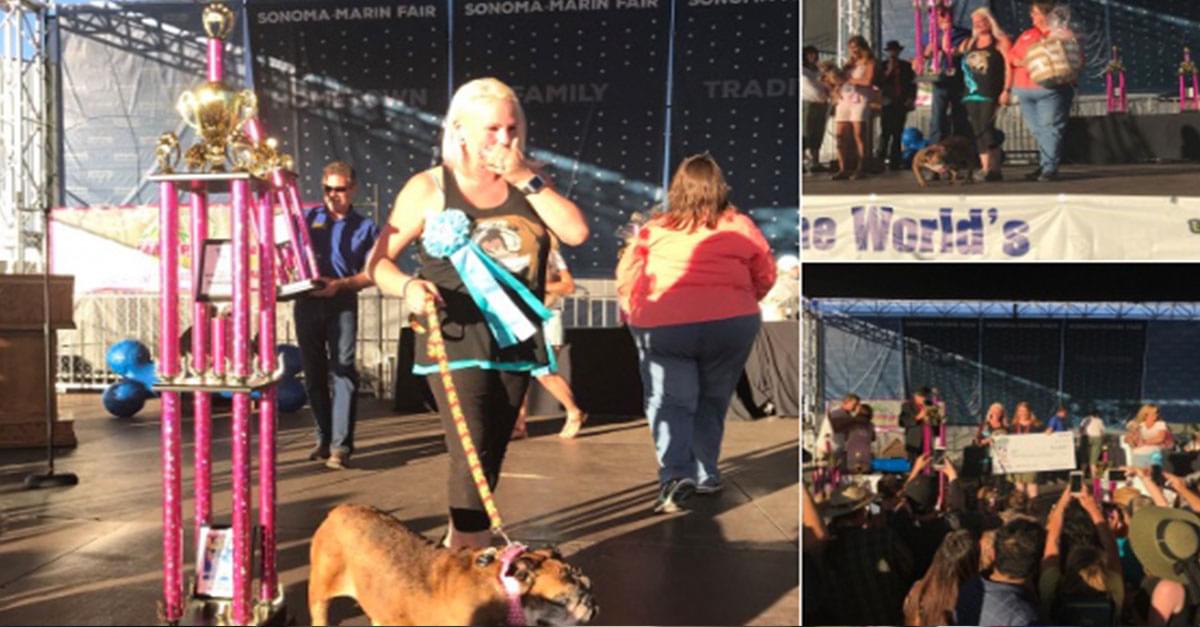 9-year-old English bulldog Zsa Zsa, had just what it took to impress the judges on Saturday night at the World’s Ugliest Dog contest in Petaluma, Calif., where she bested 13 other dogs to seize the title.

The event, like its unsightly contestants, might be misunderstood at first glance. The World’s Ugliest Dog contest is actually a celebration of the dogs, many of which were rescued from shelters or puppy mills, and is intended to promote pet adoption.

“It’s a full red carpet,” said Christy Gentry, a publicist for the Sonoma-Marin Fair, where the contest was held.

This year’s competitors included a formerly obese dog with sagging skin; a dog with a crooked face and different colored eyes that had already won six other ugly dog contests; and a hairless, blind creature who seemed to wonder why it had been entered in the contest in the first place. “I know I’m too pretty to win,” a biography for the dog read. Read more via nytimes.com.

Congratulations to the 2018 #WorldsUgliestDog Contest WINNER Zsa Zsa! Charming the judges with her beauty and talent Zsa Zsa pulled in front of the pack, taking this year’s crown at the #SonomaMarinFair! @pawscouttag pic.twitter.com/pVAXgT3BzZ