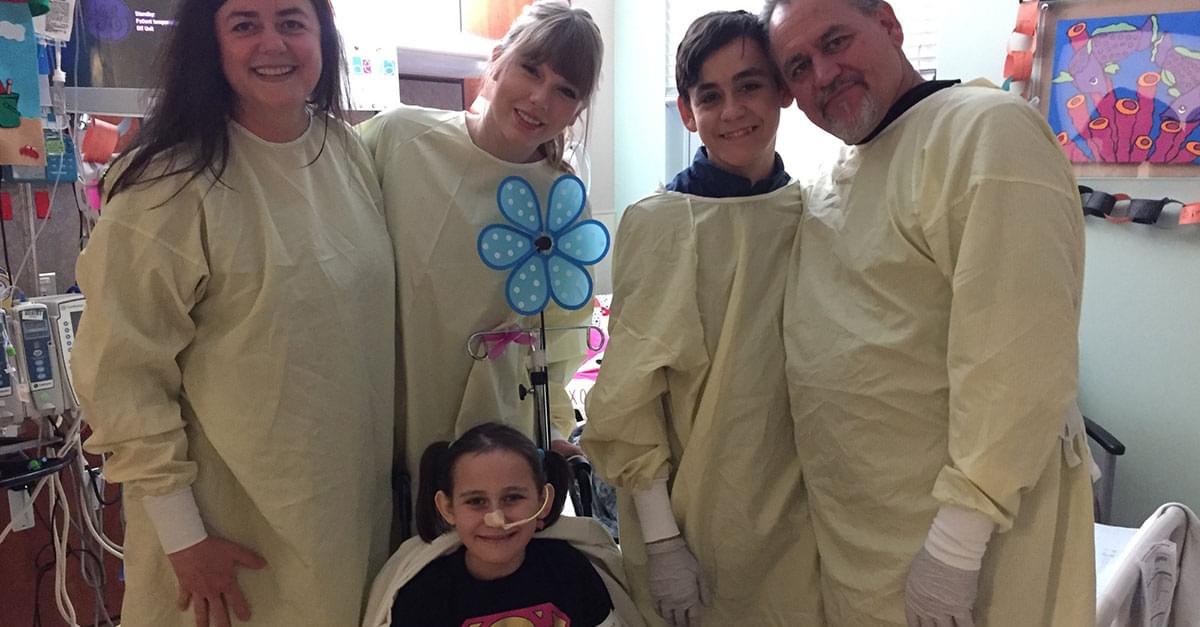 Taylor Swift has a heart of gold!

Taylor Swift paid a visit to one very special young fan in the hospital on Saturday. The popstar stopped by the Arizona Burn Center in Phoenix to see superfan Isabella McCune, who is no longer able to go to see the singer kick off her Reputation tour on May 8 after getting burned in a terrible accident in March.

According to AZ Central, the 8-year-old recorded a video to Taylor earlier in the week, telling her she’d hoped to go to this Tuesday’s concert in Glendale, AZ., but that she could no longer because she was unable to leave the hospital due to her injuries. Read more via eonline.com.