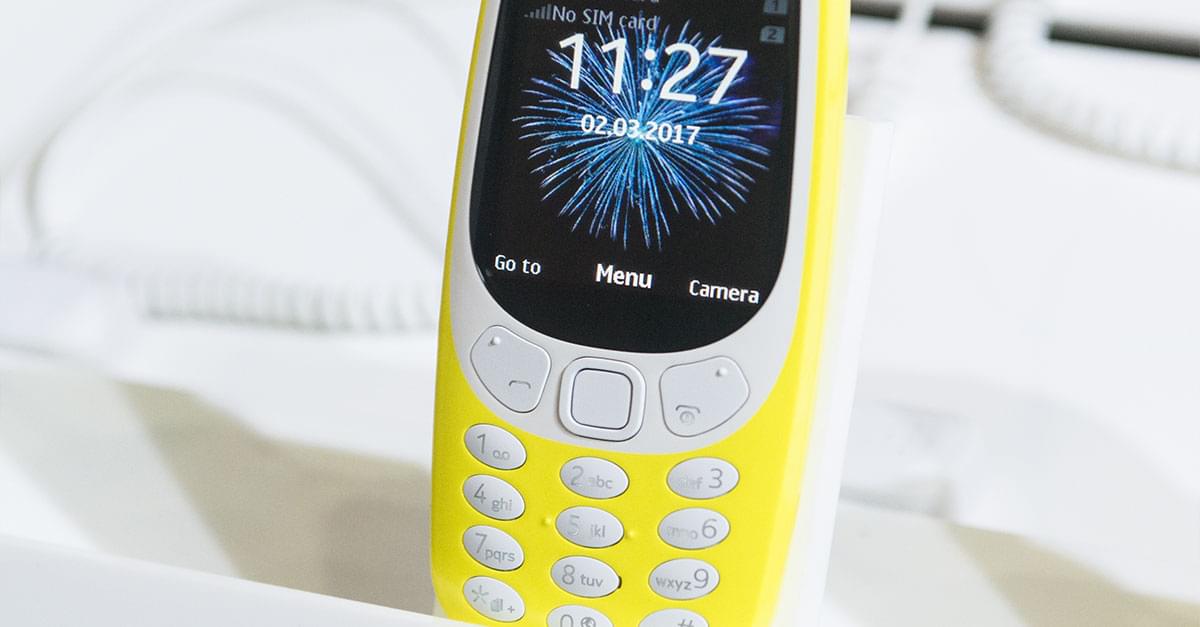 This time with a few new handy apps. One would hope that Nokia maintained their signature sturdiness. Did you have one during the time Neo was plugged into The Matrix?

First released in 1996, the banana phone (aka the Nokia 8110) was instantly popular when Keanu Reeves used it exclusively in The Matrix in ‘99. The banana phone 2.0 is slated for release in May and will only cost about $97, which is a bargain for some sweet, sweet ‘90s nostalgia. Read more via brit.co.

Back in the day, the Nokia 8110’s curved body gave it a reputation as a “banana phone.” Now it’s back: the Nokia 8110 4G is a modern take on the phone Keanu Reeves used in “The Matrix.” …but not that modern. The new 8110 4G will have a Facebook app and other smart features, but it doesn’t run Android. It’s just a cellular, modular, interactivodular bannana phone. #bananaphone #nokia #thematrix #nokia8110