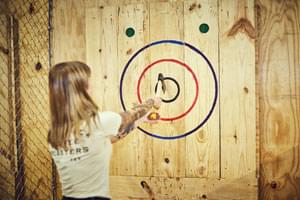 The 12,000-square foot facility will feature six arenas (24 targets) with the capacity to hold around 200 axe throwers. The indoor space will also feature a bar offering beer and wine on-site, and will be available for walk-ins, group events and private parties.

Urban Axes flagship location opened in 2016 in Philadelphia, Pennsylvania, followed by its second location, which opened its doors last September in Austin, Texas. Locations in Baltimore and Boston are currently underway, and the company plans to expand to an additional 6-8 cities in the coming year.

Urban Axes Durham is slated to open in Summer 2018.