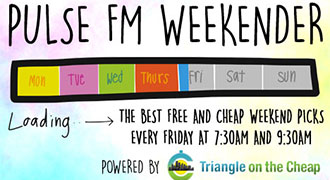 The museum is partnering with NASA and Raleigh Astronomy Club to bring you a full weekend of learning about space. Astronaut Doug Wheelock, who logged 178 days on Space Shuttle Discovery, the International Space Station, and Russian Soyuz, and went on four space walks, will be speaking both days. There will also be comet crafts, solar observing, lectures, rocket launches and more.

Meet more than 15 health and wellness practitioners and try out free Yoga, some food, a free run and more.