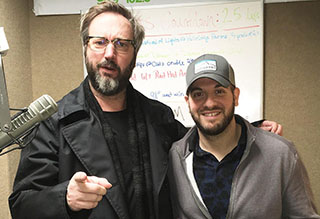 Tom Green stops by Pulse FM to chat with Frankie about what he’s been up to!

Tom Green’s bizarre antics on MTV’s “The Tom Green Show” earned him a reputation as an outlandish prankster and made him a household name in the early 2000s. Riding the wave of his MTV success, Green landed a slew of equally ridiculous roles in movies such as “Road Trip,” “Charlie’s Angels,” and “Stealing Harvard.” Over the years Green has shifted his focus away from TV and film toward stand-up and long-form celebrity interviews. In 2012, Showtime released Green’s first hour-long special, “Tom Green Live.”