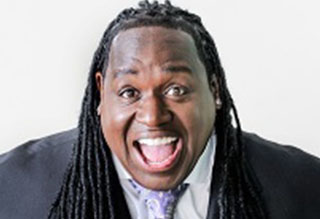 Frankie interviews BET’s Comic View comedian, Bruce Bruce!  They talk about his favorite jam to listen to, old people driving, texting while driving, almost falling off stage and what new things he is working on.

Bruce Bruce’s steady style of comedy has been showcased across the country, and he has been entertaining audiences young and old, and of all backgrounds, for years. His wit, spontaneity and dazzling personality set him apart from other stand up comedians. Bruce has hosted two seasons of BET’s “Comic View,” performed on HBO’s “Def Comedy Jam,” and has multiple appearances on television and in films.