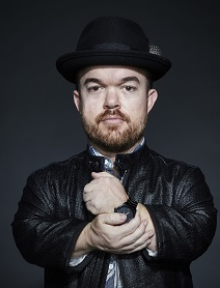 Frankie interviews actor and comedian Brad WIlliams ahead of his shows at Goodnight’s Comedy club.

Brad Williams possesses something that everyone can agree is funny: a disability. Brad is a dwarf!

He has appeared on numerous TV shows including Mind Of Mencia, Live at Gotham, the Tonight Show, Jimmy Kimmel Live, and Pitboss. Brad has also performed for the troops all over the world because soldiers think dwarfs are funny too.

They talk about what his band would sound like if he ever made one, how he made fun of Bieber and how’s he willing to try North Carolina barbecue!

Tickets on sale now via goodnightscomedy.com.