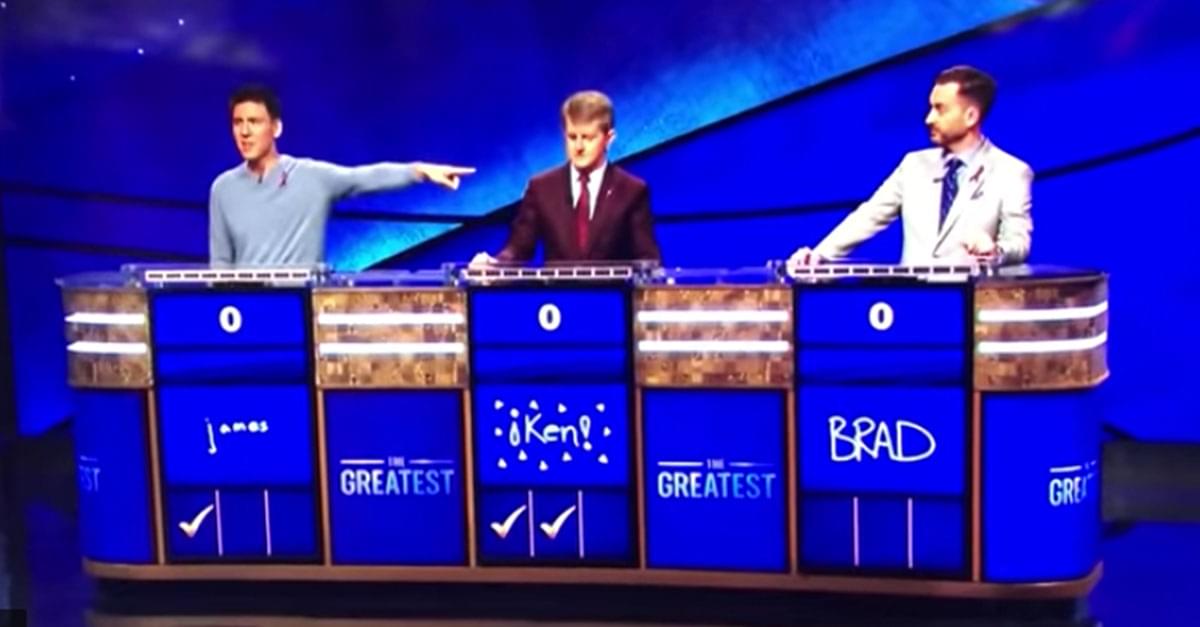 On a recent ‘Jeopardy!’ episode, contestants Ken Jennings, Brad Rutter, and James Holzhauer have been battling it out to win the ‘Jeopardy! The Greatest Of All Time’ title.

At one point during the episode James showed that he is not only great at the show, but pretty savage at it as well! Watch below!

Brad did get the last word in on Twitter!

Congrats to @James_Holzhauer as well. Have the New Orleans Saints been in touch about a job? Because with their tendency to talk a bunch of trash after losing in the playoffs, you’ll fit right in.