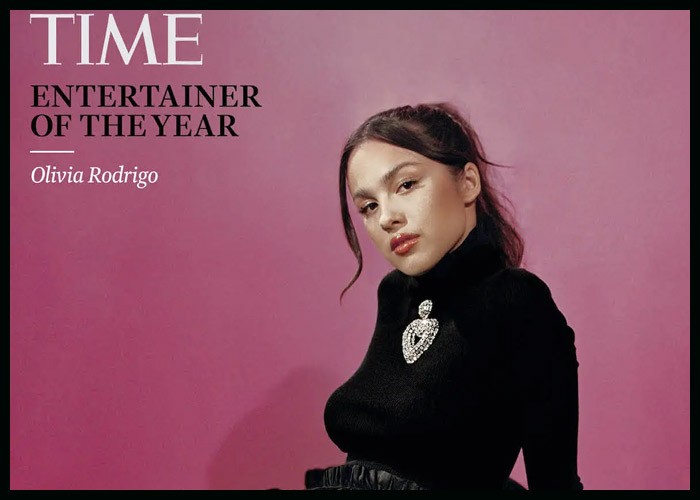 Time magazine has named Olivia Rodrigo as its 2021 Entertainer of the Year.

In an article on the 18-year-old singer-songwriter, Time‘s Lucy Feldman writes, “Her rise to pop stardom was swift and definitive. It started on Jan. 8, when Rodrigo, already a Disney actor with an audience, released her first single, ‘Drivers License,’ a torch song that took off on TikTok and stirred up theories about who inspired it.”

“By Jan. 23, she became the youngest solo artist ever to debut at No. 1 on the Billboard Hot 100, where her song stayed for eight weeks,” Feldman adds.

The album Sour, which she released on May 21, continued Rodrigo’s streak of smashing records. With approximately 385 million streams, Sour became Spotify‘s most popular release by a female artist in its first week.

Rodrigo sang at multiple awards shows, earned seven Grammy nominations, and was revealed to have the most-streamed album and song of the year around the world on Spotify.

She even appeared at the White House with President Joe Biden to encourage young people to get vaccinated.

Rodrigo recently announced a 41-city tour for 2022, with tickets selling out almost as quickly as they went on sale.