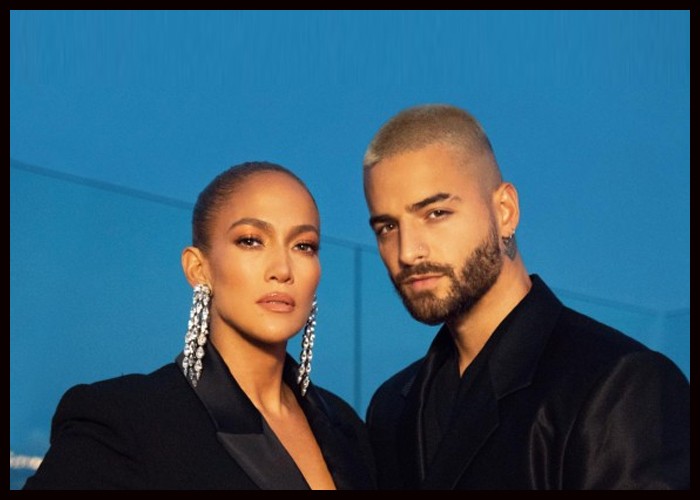 The two songs will feature on the soundtrack of the upcoming film, Marry Me, in which the two stars appear.

The Jessy Terrero-directed visual, which opens with “Pa’ Ti,” shows Lopez as a billionaire, who is under investigation for shady business deals, living a lavish life and Maluma turning up as her bodyguard. It later reveals Maluma is working undercover.

As the first part ends, the “Lonely” clip picks up, showing the two stars in bed and FBI raiding Lopez’s mansion and taking her into custody.

“You’re saying that you’re feeling lonely/But you fucked up, baby. I’m sorry,” she sings on the uptempo ballad. “I’m doing so much better without you/Just kill your ego, before it kills you.”

“I don’t care that you feel lonely/ I’m better off without you, I’m sorry/ Who is going to treat you like I did/ You hurt my ego by not knowing how to love,” they sing in the chorus.

Jon Leone and Édgar Barrera produced the singles co-written by Lopez and Maluma. Lopez called the way the two tracks worked together “amazing.”

“When you know the appetizer is good, wait until the main course,” Maluma added. He also promised a performance of the song with Lopez when things are safe after the coronavirus pandemic. “We’re going to sing the two songs like one.”

Marry Me, which also stars Owen Wilson, arrives in theaters on February 12th.