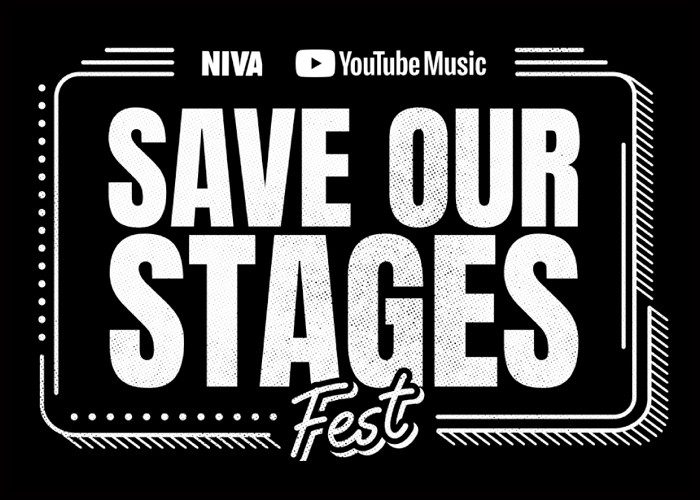 The National Independent Venue Association (NIVA) has announced the full lineup and schedule for the first-ever Save Our Stages Virtual Festival (#SOSFest).

During the 3-day festival (Oct 16 – 19), produced by NIVA and YouTube Music and hosted by Reggie Watts, several top names in the music industry are set to perform from their favorite independent venues.

The virtual event is set to begin at the Hotel Cafe in Los Angeles. Alec Benjamin will kick off the event with his performance.

The three-day festival will close out at 9:0 5pm ET with a performance from The Lumineers at Boulder Theater in Colorado.

The event also includes performances from Marshmello + Demi Lovato and Foo Fighters at The Troubadour in Los Angeles, Kelsea Ballerini at Exit/In in Nashville, Dave Matthews at the Jefferson Theater in Charlottesville, Reba McEntire at the Ryman Auditorium in Nashville, and G-Eazy at The Independent in San Francisco and a lot more.

FINNEAS, Sebastián Yatra, YG, Jason Mraz, Brittany Howard, Miley Cyrus, The Roots and Little Big Town are among the other musicians set to perform during the festival.

This festival is aimed at generating awareness about the $10 billion Save Our Stages Act currently before Congress, advocacy and donations for the NIVA Emergency Relief Fund to help support the most vulnerable venues that are experiencing catastrophic revenue loss.

The full lineup and schedule can be viewed at www.saveourstages.com.