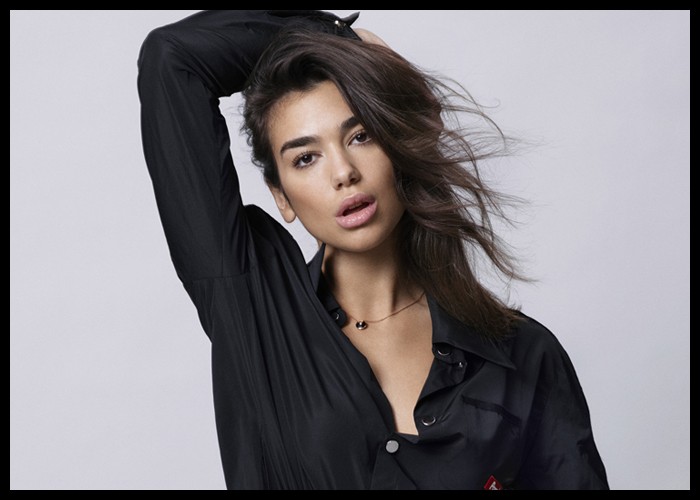 “DEMEANOR VIDEO @POPSMOKE10 IS OUT NOW,” Lipa wrote on Instagram, announcing the release of the visual. “Thank you to the team and Pop’s family for having me on this song. thank you to my friends for making this video with me Directed by@nabildo We hope you like it! Much love.”

The medieval themed visual, directed by Nabil, premiered on YouTube on Thursday (July 29). It shows a dove, which appears to represent Pop Smoke, sitting atop the master seat at a dinner table at what looks like a lavish castle dinner.

He then raps, “Fishbowl, send shots, bend blocks, send ’em back/ Earthquakes and ceiling cracks, all my n—-s into that/ You send a shot, we send it back, all facts, no cap/ Put my hat to the back, a hundred thousand in the bag/ Look, $11 a hour ain’t enough to live.”

Dua Lipa then gets in, singing, “Female alpha and I practice what I preach, I devour/ Tell me, can you take the heat?/ You can touch with your eyes only/ I know you like what you see/ That ‘Je ne sais quoi’ energy/ Baby, get on your knees,” and brings out her dancing skills as well.