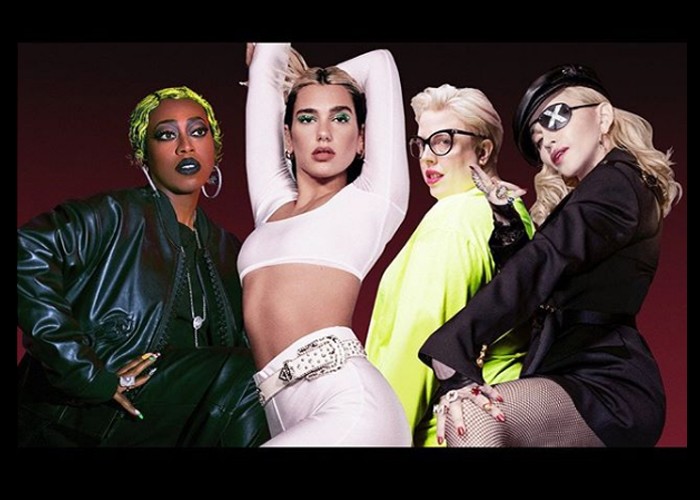 Dua Lipa has announced a remix of “Levitating” featuring Madonna and Missy Elliot.

Lipa announced the news along with a photo of the pop stars posing for the camera.

“Levitating” is the fifth track from Lipa’s second studio album Future Nostalgia, which dropped in March.

The track was written by Lipa, Clarence Coffee Jr., Sarah Hudson and Stephen Kozmeniuk. The “Levitating” remix will arrive on August 14.