Listen to win tickets to see Cher at the PNC Arena on January 27th! 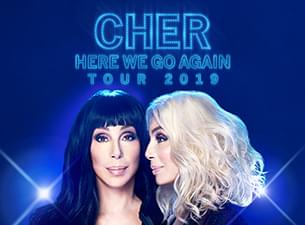 Following the recent global success and rave reviews for Cher’s role in the “Mamma Mia! Here We Go Again,” film the multi-award-winning singer, actress and show-stopping performer will be crossing the U.S. for the first time in five years.

During the “Here We Go Again” Tour, Cher is expected to perform many of her hits along with some new songs from the “Dancing Queen” album – Cher’s tribute to the music of ABBA – out September 28th.